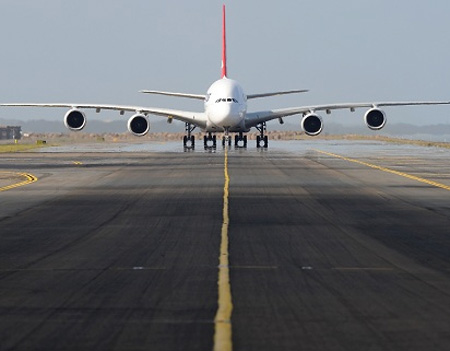 NAMA, in a statement by its General Manager, Public Affairs, Mrs Olajumoke Adetona, on Saturday, said all its ILS are in Category Two.

Adetona said that NAMA had always adhered to the rules and regulations of the International Civil Aviation Authority (ICAO), in which Nigeria is a party to its charter.

She added that before the closure of Abuja airport for runway repair, the ILS/DME and VOR/DME in Kaduna, Kano, Katsina, Sokoto, Lagos, Enugu, Port Harcourt and Bauchi airports were calibrated by South African Flight Calibration Company.

The spokesperson stated that all the facilities were certified as operating optimally without restriction and within ICAO specifications.

She said the clarification was in reaction to the misleading publication by a national daily about the serviceability and capacity of the nation’s navigational facilities.

“It behoves us as an agency saddled with the statutory responsibility of managing the nation’s airspace to put things in proper perspective, for the benefit of the unsuspecting Nigerian public.”

“The author of the said publication alluded to a ‘warning’ by some faceless and fictitious ‘Nigerian pilots’ about looming tragic accidents due to poor, obsolete or lack of critical landing aids.”

He added that the said nameless pilots “have consistently complained of their inability to communicate in the Nigerian airspace due to epileptic network radio frequency.”

Also, Mr Farouk Umar, Director of Safety Electronics and Engineering Services, said in aviation, there was nothing like epileptic communication, stressing, “It is either you are communicating or you are not communicating.”

Umar said that if the allegation were to be true, international flights would not have been coming into the country.

According to him, Nigerian airspace is safe for both local and international flights.

He added that it was absolutely untrue that some areas in the airspace have no communication at all.

On the issue of ILS, Farouk said all the agency’s ILS were on Category Two, lamenting that most of the aircraft in the country did not have the facilities to fly Cat3.

“This is because the aircraft need to be equipped with Cat3 facilities to be able to land in zero visibility, just as pilots themselves need to be trained on Cat3.”

“The truth is that the ILS we have, you need other facilities at the airport and in the aircraft to complement them while the runway and the airfield lighting are not within the control of NAMA.”

“Our ILS is Cat2 and the visibility minimal is 800 meters which is okay,” he said.

Umar gave assurance that the Nigerian airspace was as safe as it could be anywhere in the world.

He asserted that the relative safety in the nation’s airspace over the last few years was indicative of the fact that NAMA was alive to its responsibilities.

An instrument landing system (ILS) enables aircraft to land if the pilots are unable to establish visual contact with the runway. It does this by way of transmitted radio signals.

Health expert cautions against use of Vitamin C, 7up to treat malaria