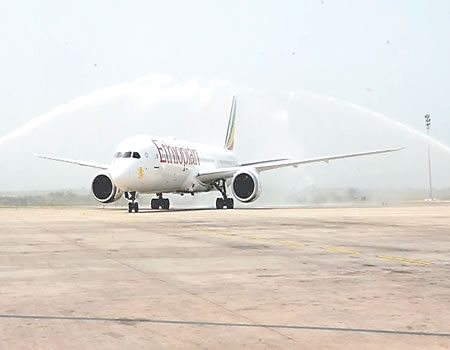 AIRLINE Operators of Nigeria (AON) on Tuesday told the Federal Government to reconsider its decision on the planned signing of the African Continental Free Trade Area (AfCFTA) treaty.

The Chairman of the AON, Capt. Nogie Meggison made the call in a statement issued in Lagos.

The News Agency of Nigeria (NAN) reports that the AfCFTA treaty is scheduled for signing by African heads of state at a meeting billed for Kigali, Rwanda from March 21 to March 22.

It is a flagship project of the African Union Agenda, 2063 and it is aimed at creating a single continental market for goods and services with free movement of business persons and investments.

Meggison said the AON’s opposition to the move was predicated on the signing of the Single African Air Transport Market (SAATM) by African heads of state in Addis Ababa, Ethiopia on Jan. 28.

He said the signing of the SAATM was a hasty decision in the light of several unresolved concerns that have the potential of impacting the Nigerian economy negatively.

According to him, the Federal Government cannot afford to repeat the same mistake by rushing into the signing of AfCFTA, which will give unfettered access to the Nigerian market.

“It is likely to erode the good work government has so far put in place to diversify the economy and reverse the gains of the present administration in reviving the economy out of recession,” Meggison added.

He said the government must, therefore, slow down on the implementation of SAATM and also halt its signing of AfCFTA until when pending issues were resolved to make them favourable to Nigeria and Nigerians.

He said: “only 23 countries out of 54 nations in Africa (less than 50 percent) have committed themselves to SAATM.

“Those countries yet to sign the treaty no doubt, are trying to protect their markets until they can realistically compete in the single market space.

“The question, therefore, is why is Nigeria in a hurry to sign the AfCFTA treaty when we are yet to put our domestic industry in order first and empower our domestic businesses to effectively compete.

“Nigeria is simply not ready to handle the level of unfair competition that the full implementation of SAATM or the signing of AfCFTA will bring upon the country. It will be counter-productive.

“A full implementation at this time will mean the loss of jobs for our youths and a mortgaging of our children’s future.”