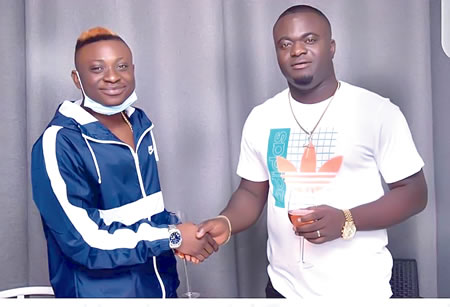 From ‘Aye po’, ‘Cucumber’ to ‘Nawo nawo’, it has been a roller coaster of hits for popular Afrobeat singer, Airboy, who appears to have a knack for getting it right with tunes that resonate with fans.

Since making bang debut to his career with single ‘Ayepo’ some years back, the artiste’s history of hit making has made him to be widely regarded as a musician with the Midas touch.

The popular singer born Ayomide Odebunmi through the multiple music projects to his credit is held in high esteem by music fans for his unique voice and a standout style of music.

In an attempt to continue fanning the embers of success, Airboy announced the news of a teaming up with a new record label, Oladips Records and Entertainment, which, according to the singer, would help him achieve higher levels of success than he had recorded.

In what is becoming a characteristic entry, the Lagos-born singer has already got off to a flying start with his new label by dropping a new tune, ‘Dance’, as he got fans raving about his apparent talent.

Music promoter and OAP, Titus Badejo, who is renowned as Eja Nla, currently pushing the song for the artiste has described Airboy’s new tune as a lifting sound fitting for the season.