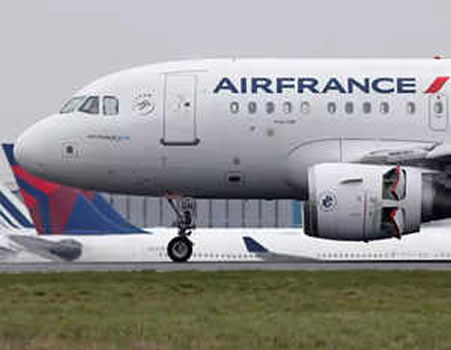 AIR France has announced that between now and the end of June and subject to travel restrictions being lifted, that it plans to gradually resume its flights, with a gradual increase in the number of frequencies and destinations, especially to/from metropolitan France, the French Overseas Departments, and Europe.

This is just as the carrier has reminded passengers that wearing a face mask is compulsory on all its flights and that temperature checks have been implemented on departure of each flight.

The flight schedule according to the French carrier will be equivalent to 15 per cent of the capacities usually deployed at this time of year and will be operated by 75 aircraft in the Air France fleet, which comprises 224 aircraft.

To assist its customers as traffic picks up again, Air France said it has regularly adapts its flight schedule and updates it daily across all distribution channels.

The airline however hinted that “this flight schedule is likely to change and remains subject to obtaining the necessary governmental authorisations. Days of operation and the resumption date of these different services can be consulted at airfrance.com.

“This updated flight schedule implies the cancellation of bookings for flights that will not be operated. Commercial measures available for consultation on airfrance.com and at all points of sale allow concerned customers to reschedule or cancel their trip at no extra cost.

“Prior to travelling, Air France encourages its customers to contact the competent authorities for information on the formalities for entering and residing in their countries of destination and transit, as these are likely to have been modified following the COVID-19 epidemic.”

Since end-March, Air France has been operating between 3 and 5 per cent of its usual schedule, with a focus on maintaining a service to the French regions and links with key destinations in Europe and worldwide, to both transport passengers and goods. In this capacity, Air France currently serves 43 destinations.

Pandemics in history: Was Nigeria prepared for Covid-19? (4)