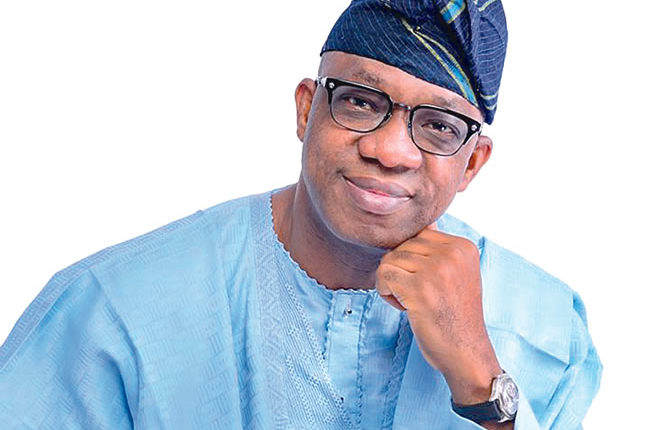 Former deputy Speaker, Ogun State House of Assembly, Honourable Oludare Kadiri, has alleged that the state government has abandoned the people of Ago-Iwoye in the scheme of things, saying the electorate in the area would speak with their votes in 2023.

Kadiri accused the authorities of taking the people of the area for granted rather than according them the necessary recognition in government.

The former deputy Speaker, who is a chieftain of the All Progressives Congress (APC), stated this when the governorship candidate of the Peoples Democratic Party (PDP) in the state, Honourable Ladi Adebutu paid him a visit at his Ago-Iwoye country-home.

He said people should not be surprised seeing Adebutu came to him, adding that as a two-term member of the state House of Assembly, he had become one of the elder statesmen in the state.

He said as a former deputy speaker and an elder statesman, candidate of any political party was free to come and tap from his political experience.

“Aside from the fact that Governor Abiodun has not appointed indigenes of Ago-Iwoye into his cabinet, also he has not executing any standard projects in the area since he assumed office.

He claimed: “During the immediate past administration, Ago-Iwoye got its fair sharing of appointments, unlike what the area is currently passing through.”

Kadiri further said that what made him and the governor parted ways was because of alleging him of loyal to former Governor Ibikunle Amosun.

“I told him Amosun is my godfather. What led to this is because he wanted me to support his second term ambition after he had denied me ticket to the House of Representatives and he planned for my removal from deputy speaker, and he later told me that I was removed because of my loyalty to Senator Amosun.

“Surely, Amosun is my godfather. I became a member of the state House of Assembly during his tenure. I’m still in the APC. I’m one of those people that brought the party to Ijebu North and Ago-Iwoye,” Kadiri said

While speaking, Honourable Adebutu commended the APC chieftain for hosting him regardless of the fact that he is an opposition candidate.

Adebutu said politicians should always demonstrate maturity and show conviction that they are ready to serve.