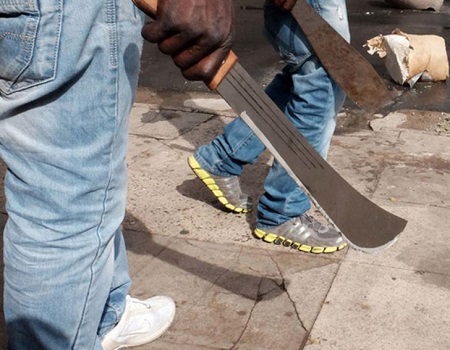 IT was another bloody day in the Edo state capital of Benin as three persons were feared killed between Tuesday night and the early hours of Wednesday in another cult-related killing.

In a reprisal attack, a 19-year-old teenager, Gods power Edobor was reportedly killed at Omozeghiam street, off Okhoro road, in the early hours of Wednesday.

The latest killings come on the heels of the death of three persons who were killed by feuding cultists on Tuesday.

Among the Tuesday victims was a man in his 40s simply identified as Africa and one John Terry, who was said to have had his skull smashed with a stone by his assailants.

The Edo state police spokesman, Mr Chidi Nwabuzor disclosed that several persons have been apprehended in connection with the series of killings.

Nwanbuzor who spoke with journalists in Benin, however, did not disclose the number and identity of the suspects arrested.

“Killings from clashes by rival cult groups have continued unabated in Edo state. The renewed clashes between the cult groups have claimed several lives, the police is aware of it and adequate security measures have been out in place.”

Nwanbuzor, an assistant superintendent of police said: “So far, we’ve recorded incidents where lives were lost. One was at Odemwegie Hotel, around Upper Sakponba. And this morning, we heard of a boy of 19 years old who was killed around Okhoro area. Several deaths have been recorded, but I can’t give you the exact number now.”

He expressed the determination of law enforcement agents to deal ruthlessly with any individual or group of people who aim to disturb the peace and tranquillity being enjoyed in the state.

Gbagi will receive utmost attention in our first 100 days ― Lanlehin