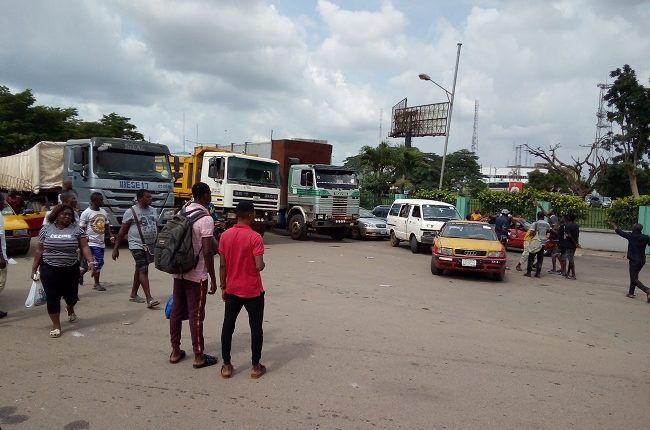 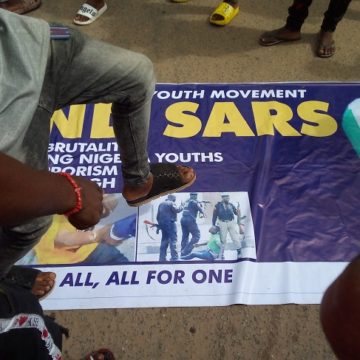 Dressed in black T-shirts, they vowed to stay put until their colleagues who were picked up at the university town are released.

The protesters who as usual carried #EndSARS placards called police unprintable names and shoved a policeman who took refuge at the National Museum located right in the middle of Ring Road.

The action of the protesters resulted in a vehicular hold up at not only Ring Road where the traffic came to a standstill but also on the adjoining Airport Road, Oba Market Road, Akpkakpava Street, Mission Road, Sakpoba Road and Sapele Road.

Their spokesman, Mr Idowu Maleke, said that the announcement of the disbandment of the anti-robbery squad by President Muhammadu Buhari was not enough, demanding that they should be arrested and prosecuted.

Maleke who spoke on the sidelines of the protest as he hurried off to the police headquarters to negotiate the release of the protesters at Ekpoma said that he agreed to be at the venue of the march so that he could use his influence to curtail the excesses of the young protesters.

He said: “It is like they are trying to end a department but the policemen are still there. What the protesters are saying they should stop the brutality, extortion, oppression and killing of people.

“Members of the disbanded SARS should be dismissed and prosecuted. Disbanding the squad is not enough. It is just like they are changing their uniforms but these same animals are still there. The police have to release the 12 protesters at Ekpoma to calm down nerves.”