After separating with wife over childlessness, man sets apartment on fire, commits suicide 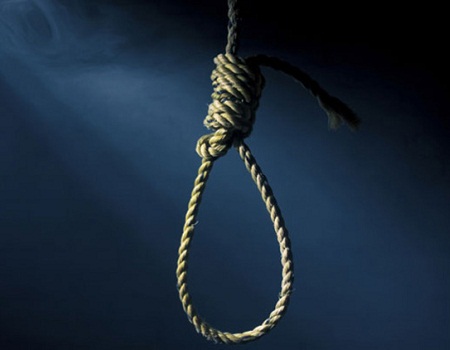 He was also said to be married to a teacher in a charity home at Ahieke community in Umuahia but later separated with the woman after their childless marriage.

The Public Relations Officer of the Abia State Police Command, Geoffrey Ogbonna, confirmed the development in an interview with the News Agency of Nigeria (NAN) in Umuahia, the state capital, on Tuesday.

Ogbonna said that Maduka was found dead early on Monday in his one-room apartment.

The spokesman said the man did not leave suicide note, adding that the command had commenced investigation into the incident “to possibly unravel the reason for the suicide.”

Speaking on the development, a resident of the area, Mr Dave Maduakor, said that Maduka set his apartment on fire before hanging himself using the ceiling fan in the room.

Maduakor said that neighbours sensed danger when they noticed smoke coming out from the room of the deceased.

“When they tried to open the door, they noticed that it was locked from inside, so they forced it open and found Maduka’s body hanging from the ceiling,” Maduakor said.

He said that the deceased was reported to have travelled to his village in Lokpanta in the Umunneochi Local Government Area of Abia State and returned to Umuana community on Friday.

“The landlord said that when he wanted to speak with the man, who locked himself up in his room on Saturday, he told him that he was praying.”

Maduakor said that the incident was later reported to the Ehimiri Police Station, where some operatives were detailed to the scene.

He said that the Chairman of the community, Mr Ngozi Onwumere, together with the landlord, consulted a group, known as “kamanu” that specialised in handling suicide cases.

“The group brought down the body of the man which was later deposited in a mortuary,” Maduakor said.

NAN learnt that the deceased worked as a security man at the National Root Crops Research Institute in Umudike, Umuahia.