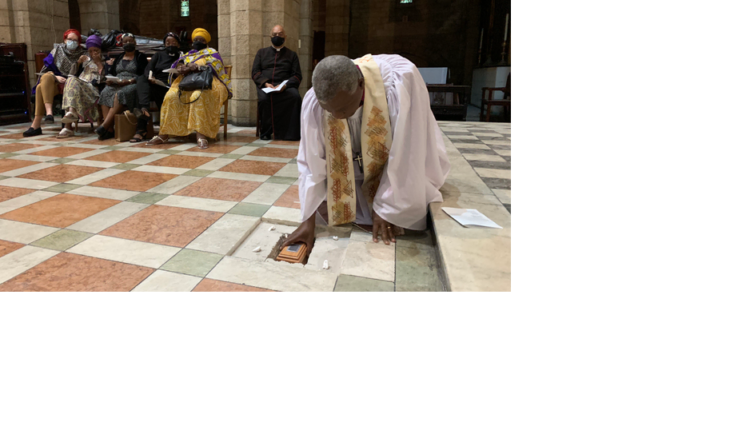 In the early hours of Sunday, January 2, the ashes of the late Archbishop Emeritus Desmond Tutu were interred in front of the high altar of St George’s Cathedral in Cape Town, South Africa.

Tutu passed away on December 26 last year aged 90 and his funeral was held on New Year’s Day. The ashes are interred under a memorial stone, which gave a timeline of Tutu’s life from his birth year of 1931 and December 2021 when he took his last breath.

According to a statement released by the Anglican Archbishop of Cape Town, Archbishop Thabo Makgoba, the family held a private service to inter the archhbishop’s ashes. 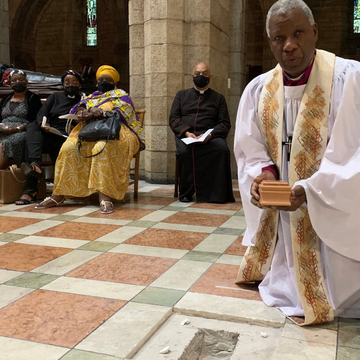 Makgoba, who led the service, laid the ashes to rest in front of the high altar of the cathedral in a 30-minute service beginning at 6:00 a.m., according to Independent Online of South Africa.

“After the week you have all been through, the emotions that have tumbled through your minds, the worry that all of us shared that we will pay adequate tribute to this, our father and grandfather in God, I am reminded of one of the stories that uTata used to tell.

“Although he was famously strict with us, his clergy and his staff, he was gentle in his admonition. If you forgot to put on your clerical collar, he would just say, ’Father, you are under-dressed’.

He said it with humour but he meant it. If you were late for a meeting, there was a tap on his watch, and the question: ’Don’t I pay you enough to buy a proper watch?’ ” Makgoba said.

Makgoba called on South Africans to use this opportunity to turn a new page.

“Let us live as simply as he lived, exemplified by his pine coffin with rope handles. Let those of us who have resources pull in our belts, so that others can eat enough to fill their stomachs. Let us re-order our society to end inequality and create equal opportunities for all.”

209 awaiting inmates freed, 70 others jailed in three days in Adamawa