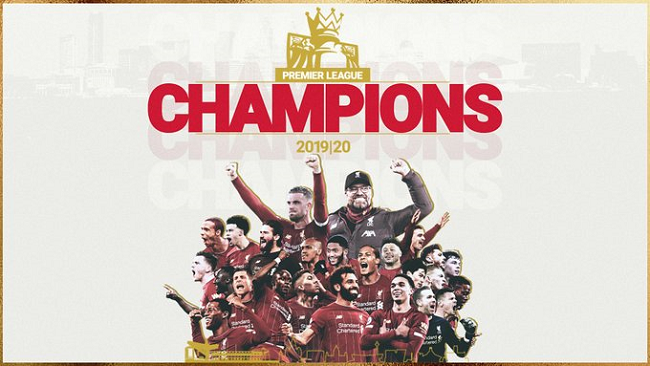 For the first time in 30 years, Liverpool are Premier League champions.

Chelsea’s 2-1 victory over Manchester City at Stamford Bridge on Thursday meant that the Reds were finally unassailable at the summit of the standings, having dominated the division throughout the season.

According to Goal.com, Jurgen Klopp’s men have dropped only seven points in 31 matches this season and have claimed the title with seven games to spare, while it remains possible that they will shatter the 100-points barrier and set a new record for points won in a league season.

Although there was some doubt as to whether the season would even be completed due to the coronavirus suspension, which saw play halted in England’s top flight for three months, there was rarely any prospect of City catching their rivals, with manager Pep Guardiola having long admitted that the Anfield side were out of reach at the summit of the standings.

The 2019 Champions League winners have averaged over two goals scored per game, but it has been their defensive record that has differentiated them from the pack, with only 21 conceded over the course of a season, in which few would argue that they have not been thoroughly deserving champions

And so, Liverpool have won their first title of the Premier League era, and unsurprisingly the club, former players and its fans have been quick to celebrate the achievement of Klopp & Co. via social media.