Entertainment
By Adeeko Oluwatobiloba On Jan 28, 2021 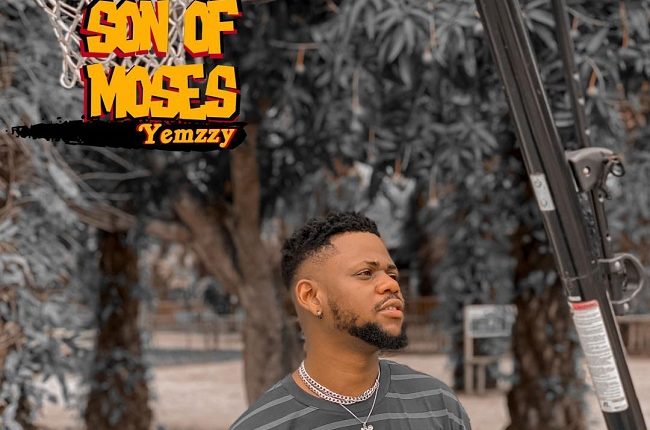 The “Remember” crooner dropped the seven-track EP on the 28th of January 2021.

The independent artiste also employed the services of creative producers such as Nyescomikepro, Kelvindrayz, Rewardbeatz, and Everyounzy while all tracks are mixed and mastered by Anddykin.

Announcing the EP to his fans, the singer wrote on his Instagram page, “I waited so much for this moment! SOM OF MOSES out now worldwide guys… run it uppp, link up my bio.”

Yemzzy in the upcoming project takes music lovers on a journey singing about evolution, growth, love, and pain he went through trying to find his path.

Earlier, Yemzzy, while unveiling the cover art and tracklist of the project said the ‘Son Of Moses’ EP was dedicated to his late father Dcn. Moses Adeola.

The melodious singer also gives accolades to his team to make the project a success and hope it will be accepted by his fans home and abroad.

“In my happiest mood as I announce my first ever biggest project to drop on the 28th of January. Day & Night mi o kin sun and Glory to the most high for the gift of life, I dedicate this to my late father Dcn. Moses Adeola I’m sure you’re proud of your last born Dad to continue to Rest In Peace.

“The EP is about evolution, growth, love, and pain. Gratitude to everyone who worked with me on this EP; gratitude to my team, my family, and to the producers who took their time to create with me. I hope y’all feel what I felt while I was recording these songs,” he said.

‘Son Of Moses’ will be Yemzzy’s first major project since the beginning of his musical career. He also has a couple of singles and covers to his catalogue.

The project is coming after Yemzzy dropped a single titled ‘Tire‘ dedicated to many Nigerian youths who were protesting the current state of Nigeria during the #EndSARS saga.

The song touches on issues like ‘Police Brutality’, harassing and killings of innocent and peaceful protesters who are demanding for a better Nigeria, corruption’ and other topics affecting Nigerians.

The song was a sequel to his previously released “Remember“, “Blessings” and “Only One” which are still enjoying massive airplay.

You can stream Son Of Moses Here. https://li.sten.to/SonOfMosesEP.

From near collapse to prominence: How 2017 intervention transformed Maritime Academy

I’m sorry for all embarrassment I caused you, 2Baba apologises to wife, Annie

Kizz Daniel arrested in Tanzania over failure to perform at concert