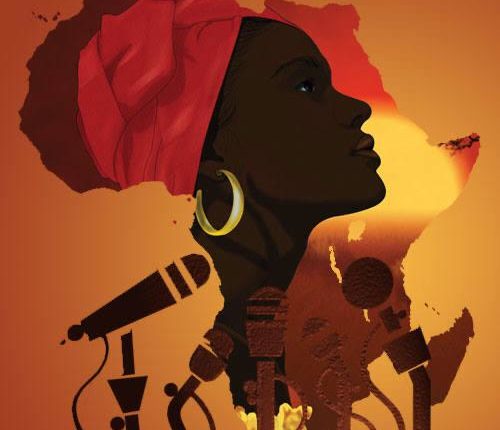 As the African oil sector undergoes scrutiny over allegations of sexual assault and the underrepresentation of women, African women must be protected.

When African countries like Nigeria, Ghana, Equatorial Guinea, Congo, Gabon, and Angola find oil, they see a big influx of oil and gas expat workers. A lot of people moving in search of a better life for their family. Dormant cities become the epicenter of an oil and gas boom seemingly overnight but that’s not always the case for women and those without the connection to protect themselves.

Regions like the Niger Delta, Port Gentil, Pointe Noire, Malabo, Cabinda, Takoradi, and many others have seen some improvement that go beyond the infrastructure and expensive cars on the streets. Rising rates of sexual violence, women being bought and sold, and daily harassment by transient male oil workers have become the norm. Governments and oil companies sometimes have turned a blind eye or been very insensitive to the plight of most of these women.

Last month, a second woman initiated a $100 million sexual harassment class-action lawsuit against Schlumberger in the United States. Both women allege sexual harassment, sex discrimination, and physical danger perpetrated by fellow Schlumberger male colleagues whom they also allege was not adequately dealt with by the oil fields services giant. Representatives for both women, say that they are hopeful other women who have gone through similar experiences will come forward in the coming months.

Since the advent of the #metoo movement, there have been a rising number of accusations and allegations of sexual harassment in the oil and gas sector. However, for an industry which is notably one of the most globally diverse, in terms of its presence, these allegations have centred only around the United States of America.

Africa, which has a sizable presence of oil and gas operations, has not seen any accusations attract similar public attention. Could this be because the industry is more ethical when operating Africa? Or as is often said by women’s rights groups, women in Africa are often placed at the bottom end of the value chain and not taken seriously.

Very often, their complaints are not heard, nor addressed appropriately, and they don’t have a voice. This seems unfortunately unlikely to change, until those in positions of power in the industry begin to admit, that there is a problem and steps must be put in place to elevate women in Africa’s oil and gas sector and in African society as a whole.

The under representation of women in the oil and gas sector is at the core of this problem. It is an issue, that the industry itself recognises and has in the past often pledged to address with focused drives to attract more women into oil and gas. Whilst the global work force is approximately composed of 50% of women, the oil and gas sector only has a 15% women composition. In Africa, that number is even lower and stands at 9%. This is a big part of the problem, and needs to change if one is to believe a recent study on how to increase women participation in Africa’s energy sector by the African Development Bank.

Due to the over dependence of many African countries on the revenues derived from oil and gas, it is very unlikely that governments will exert the necessary pressure on oil companies to address the stark disadvantages faced by women in the industry. Worst even, some government authorities, especially in those countries with weak institutions and ineffective judicial processes, will go as far as covering up cases of rape and sexual abuse that involve high profile oil and gas expatriates.

In such cases, the women, have little or no chance of ever getting justice. Such is the case of a young lady (Name withheld for safety reasons) in the Congolese oil hub of Pointe Noire who alleges having been sexually assaulted by a senior Schlumberger executive Abraham Abia Biteo Roka who is currently a Director and Managing Partner of the Equatorial Guinea based Law Firm Clarence Abogados. Police records in Pointe Noire, indicate that Mr Abia was detained, following the assault incident with a young Congolese lady.

The records further show that the police gave credence to the woman’s version of events and sought to pursue further investigations with Mr. Abia under arrest. However, without any apparent justification, and charges pressed, Mr. Abia, who comes from a powerful and politically well-connected family in Equatorial Guinea, was released after he sought help from Schlumberger’s logistics manager who intervened and the case made to “disappear”.

Congolese lawyers have taken up the case on a pro bono basis and are demanding answers from the government and oil companies.

The Investigations for this article, asked officers who were involved why the case was dropped and the investigation discontinued. On condition of anonymity, one of the officers stated that orders to close the case and release Mr Abia without charges had come from above and there was nothing the police could do. It is likely, that Mr Abia benefited from the intervention of Schlumberger and his influential family to silence this young lady.

Sexual harassment in the Congo is illegal and according to the Congolese Penal code attracts a two to five years in prison term if found guilty. In particularly egregious cases, the penalty may equal the maximum for rape, that is, five to 10 years’ imprisonment.

According to a human rights report on the Republic of Congo by the US State department, sexual harassment cases often go unpunished, because the government does not effectively enforce the law. Official statistics are also not collected, hence sexual harassment cases that are likely to happen in the oil sector too will go unreported, or like in Mr Abia’s case, disappear.

Notwithstanding the inefficiency of African legal institutions, Oil companies have a moral obligation to protect African and Congolese women. Not just those women who work for them, but also those in the communities in which they operate who look up to them to be bringers of good fortune to their host countries and communities.

Oil companies must not be accomplices in the sexual harassment and physical abuse of African women. Despite a request for comments, Schlumberger is yet to respond on what role they played in making the case against Mr Abia disappear. Mr Abiahas since moved on to work for and is currently a senior executive with Trident Energy, a Warburg Pincus portfolio company.

Requests to Trident Energy for comment on Mr Abia’s past have also remained without comment. It is likely, that his is not the only case of alleged sexual abuse and harassment which has been supressed without adequate investigation to the detriment of the female victims.

While the high number of victims are also from the gay, lesbian and transgender community, incidents of domestic violence, stalking, and other abuses of women have increased in Africa, including in oil and gas hubs like Pointe Noire, the Niger Delta, Cabinda, Port Gentil and Malabo just to name a few .

Many women are staying in precarious living arrangements due to the lack of support from the governments and low paid work. They’re dependent on their partner’s housing because there is a lack of housing and are socially isolated and have few resources since many are from out of town. They easily become victims and powerful companies and executives will continue to cover up.

The oil and gas industry has developed the right rhetoric on women inclusion and zero tolerance towards sexual harassment against women. Unfortunately, it seems like women in America and other western jurisdictions are more likely to get justice than African women even when European and American companies with a high awareness of women issues are involved.

Will powerful people like Mr Abraham Abia Biteo Roka who now is the patron of Clarence Abogados ever face justice? Will Congolese authorities ever ask Mr Abia and Schlumberger to compensate this young lady and other victims? It is high time, that oil companies do more to increase the participation of Africa women in the industry and protect them from sexual abuse and harassment.