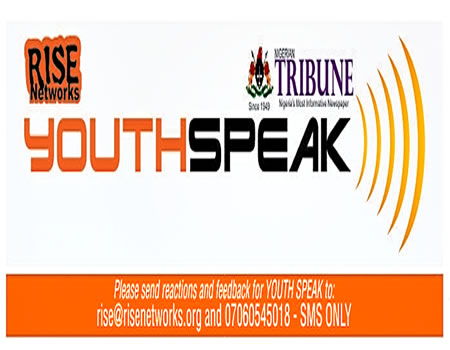 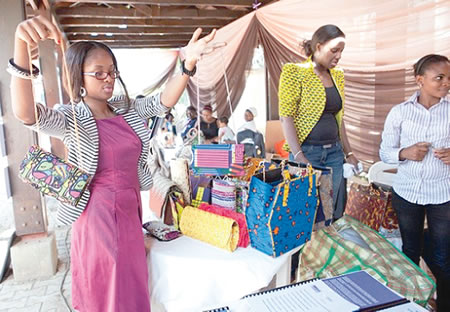 NIGERIA, in recent times, has often been the subject of international concern for largely paradoxical reasons. One is left wondering if Charles Dickens had imagined a Nigeria of our present reality in his striking oxymoron of the best and worst of times of the Tale of Two Cities.

Just a while back at 2015, Nigeria was lauded as the biggest economy in Africa. Mid-2016, Nigeria technically hit the shipwrecking iceberg of recession that had her spiraling on her feet struggling to save the free-falling FOREX rate and a spiking inflation index. By the ending of October 2016, she was already wiping the debris from her clothes and dusting herself back into the league of top thriving African economies. By April of 2017, commentators and economic analysts began to report that she had woken from her recessional slumber. Already, whispers are making the rounds that Nigeria may be headed for yet another storm.

Yet, amidst all the financial debacle and drama, Nigeria is one of the poorest countries in the world, with massive population explosion and alarmingly more than 71 per cent of Nigerians living below a dollar a day. There is daily the huge disparity index between the growth of the nation’s Gross Domestic Product (GDP) and shared wealth capacity of Nigerians.

Inflation has become the status-quo and purchasing power keeps losing its potency with the fluctuating FOREX rates, the dwindling financial relevance of the minimum wage and increased corruption and red tape in business procedures. The paradoxes stretch on to their ridiculous conclusions. Oxfam International’s 54-page 2017 report on inequality and poverty in Nigeria offers us amazing details of the ridiculous.

According to the detailed report, Nigeria’s richest man earns 8,000 times more in a single day than an average poor Nigerian is going to spend on his basic needs in an entire year. In Nigeria, more than 112 million people live in poverty. Yet, Nigeria’s richest man would have to spend $1 million daily for 42 years to empty his whole fortune. Again, Nigeria is reckoned as the sixth happiest country in Africa and flaunts that statistic amidst a growing suicide and depression rate in the country.

Some may argue to justify the disparate statistics as the effects of dust-bowl empiricism that throws figures without any theoretical or philosophical bases for grounding them and the consequence of error in statistical analysis, prediction and forecasting. Still, these figures only make strong the perception we have of the Nigerian society in our times, with a duality that is unnerving – the rich getting richer and the poor getting even poorer.

Such society only makes unequal not just the ends, the goods and benefits of wealth, education and comfort but likewise the means to attaining such ends, the opportunities and confidence of integrity against mediocrity. The emphasis on impact investment and renewed private sector participation in national development are important and indispensable in taking a step out of this mess of affairs. Many entrepreneurs and investors are making giant strides in this stead, with Tony Elumelu leading the voice for a renaissance of economic initiatives in Africapitalism.

It is the firm argument of Africapitalism that through long-term investments, the private sector in Africa, in Nigeria can drive economic prosperity, growth and social wealth. It is without doubt that this discourse is already reaping significant benefits and revitalization of the nation’s socio-economic landscape. Many youths are now thinking as entrepreneurs, looking for avenues to make wealth and exploit salient opportunities within their communities. These ventures in turn are increasing advanced technological and socialprogress in Nigeria, with the likes of Zuckerberg lured to experiencing the vast revolution of entrepreneurial ideas that is going on within the belly of Nigerian youthful vigor.

The recent made-in-Nigeria campaign run by the Nigerian Senate further encourages the need for youths to make practical investments to the Nigerian dream. This is important for our growth and development as a nation. Still, it is the chimera of such a movement that entrepreneurial empowerment is largely the key means to viably changing the face of our nation mired in corruption and socio-economic inequality.

A mirage is generally a remote semblance of the real; of the truth. It is remote because one has not yet come closer, nor dug deeper to uncover fact from fiction and knowledge from opinion. In an uncritical society, like Nigeria is easily prey to, the odds of swallowing any philosophy, hook, line and sinker without subjecting ideas to the scorching glare of scrutiny are significant. To salvage any mediocre appeal to emotion and the force of trend, we must examine whether entrepreneurial power is sufficient alone to lift Nigeria from the doldrums. What, then, is Africapitalism? And what are its prospects for an emerging Nigerian economy and leadership?

Africapitalism is an economic philosophy that believes in the transformation of Africa through the African private sector. Its principles of entrepreneurship, long-term investments, strategic sector involvement, development dividends, value-added growth, regional connectivity, multi-generational development and shared purpose of all stakeholders in the process all mirror the goals of economic prosperity, sustainability and wealth that drive this philosophy.

Africapitalism, as its name implies, is largely structured around the Western model of liberal capitalism that supports the courtship of political influence with financial leverage. Liberal capitalism is the modern capitalism of our 21st century. It flaunts the ideals of freedom, democracy and financial power as the very tenets on which future society is built. But, just as liberal capitalism has come with somesuccesses; it has grown a number of flaws and defects that if not modeled properly would only be transposed cruelly on the African political and economic consciousness.

Yanis Varoufakis hints at some of the dilemmas of modern day capitalism in his analysis of what he calls a “twin peaks paradox”. He argues that capitalism creates two peaks of largely similar magnitude and differing quality. One peak was a pile of excess idle cash, lying with no strategic or purposeful investment, while the other peak was an enormous pile of debts.

With the increase in debts come stagnant wages and low aggregate demand that increases the pessimism of rich individuals, making them unwilling to let go of cash or to invest in productive activities that would aid in reducing the mountain of debts. These individuals hoard their wealth without reinvesting them and thereby indirectly feed the pile of debts – a vicious circle. In the end, these two peaks keep rising and growing without ever cancelling each other out. This was the paradox of liberal capitalism, the paradox of wastefulness and selfishness, which Ayn Rand was so bold to qualify as an economic virtue. But is it really a virtue? Is it not a crude case of surrendering morality to the invisible hand of capitalism?

Many have argued that Adam Smith’s intention for “inventing” capitalism was with moral ends in mind, and as such, he could not have advocated for a paradigm of selfishness that modern capitalism embodies and exalts. In this model, the rich are made to become richer and the poor are left for destitute with lack of access to money as well as to opportunities. Africapitalism basically works on this same ideal of entrepreneurial innovativeness and superiority – some form of Darwin’s survival-of-the-fittest theorising. In Africa, this philosophical model of capitalism can be retarding, even much more than the Western version has seen its fair shares of economic depressions, unless we treat the madness from its roots.

Africa, especially Nigeria, is fighting many a demon of her past, impatience to progress of her present, and an uncertainty as to her future. We face serious leadership challenges, especially on the political front, with Chinua Achebe famous for blaming the depth of Nigerian ineptitude on the failure of leadership to rise to the challenge of personal example. Corruption has not just become the delinquency and misconduct of private individuals, but the disaster of an entire system. Almost every Nigerian is entrenched in one form of corruption or the other from the distended hallways of Aso rock to the narrow cubicles of Bodija market.

The systems and institutions themselves coerce a culture of corruption and extortionon the hapless populace, doing violence to our collective mindsets and perceptions. In such a system, corruption favours the economically strong over the weak; the government aficionado over the right-thinking critic and the mediocre over the competent. Corruption would easily infest a structure of capitalism and turn it into a windmill of economic and social inequality.

This is why any philosophy that is primarily interested in wealth-creation as a basis for development in Africa may be only fanning the flames of recession and economic depression. Before wealth-creation must come purpose, before growth must come identity and before development must come excellence in ideas and leadership. Priorities must not be forsaken on the altar of impatience.

The youths must realise the fact of building leadership excellence first on the road of economic success. Duff MacDonald in his recent book, The Golden Passport, highlights how for over a century, American business schools had taught through the “Agency” theory of management that the sole responsibility of corporations and companies was the maximization of shareholder value (profit-motive) and had met the consequence of training graduates with managerial unethicality, who had run their companies into financial scandals and business collapse.

Economic transformation can only be really achieved, not just with entrepreneurial ideas, but with leadership and responsibility. Invariably, our primary task as a country must be to eschew corruption in all facets of the socio-economic landscape, to grow responsible leaders, and rational institutions. We can only achieve this when we are able to place priorities accordingly.

We must emphasize responsibility, accountability, ethical and philosophical thinking in our political and economic lives. Unless we curb the growing cancer of corruption in our society, even the world of developing businesses will suffer its growth. Researchers find that in most private businesses in Nigeria, there is a generallikelihood to give and receive PR (generally construed as bribe or facilitating payments).

Together with this, there are so many unethical practices that fester because of government bureaucratic bottlenecks and the culture of extortion. We cannot neglect the necessity of building ethical and excellent leadership. This is the clarion call. This should be our ticket to economic and social wealth and the inclusive Nigerian society that we all wish for, bereft of tribal differences and selfish greed.

We must not wait for the government and those in power. Many have failed the test of good example. The change must begin from us – and that change is a change of mindset and perception. It is not a call to simply maximize personal profit, but to increase social inclusiveness. It’s a call to a united voice, a united purpose built on the strength of social responsibility and ethical leadership.

Stepping up girl-child education in Nigeria