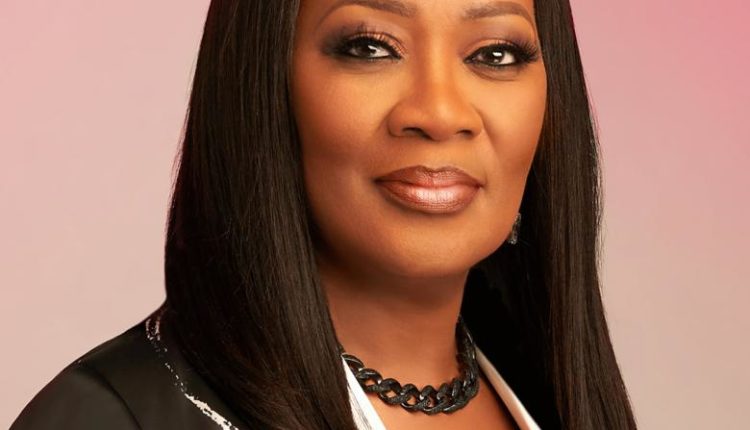 The African Women Lawyers (AWLA) has bestowed a special recognition award on Dr. Mrs. Seinye O. B. Lulu Briggs, celebrated business leader, and a passionate voice and pillar of support for the less privileged and vulnerable persons within and beyond Nigeria’s Niger Delta for her contributions to women empowerment in the country.

President of AWLA, Efe Etomi, who presented the award at an AWLA Parley held during the Annual General Conference of the Nigerian Bar Association in Port Harcourt, described Dr Lulu-Briggs as a strong advocate for the better understanding, and systemic change, needed in addressing the appalling travails of women, widows and their children.

The President of AWLA said the organization was particularly appreciative of the considerable voice and support that Dr. Seinye has lent to issues that affect the voiceless, especially women, in our society – including on the very outdated but, sadly, widespread obnoxious customs and practices of victimization and ill-treatment of widows.

According to her, Dr. Lulu-Briggs’ empathy for the plight of widows has deepened, as a result of her very public persecution, harassment and bullying by some members of her family and community, which she experienced after the peaceful translation to glory of her husband the High Chief Dr O. B. Lulu-Briggs in 2018. The AWLA president also praised Dr Seinye’s foresight and commitment to the fruitful partnership between AWLA and the O. B. Lulu-Briggs Foundation.

The abhorrent treatment Mrs. Lulu-Briggs faced as a widow, despite her social standing, shaped the O. B. Lulu-Briggs’ grant that has enabled AWLA to establish a Widows’ Project which offers free legal services to embattled widows in the pursuit of their rights and the protection of their dignity.

The Widows’ Project was launched on June 24, 2020 to commemorate the United Nations International Widows Day. Through the project, the first-ever 24/7 toll-free number- 0800 00231111- for Nigerian widows in distress was launched under the aegis of the O. B. Lulu-Briggs Foundation grant.

In her response, Dr Lulu-Briggs thanked AWLA for the honour done to her. She also promised to continue to work with AWLA to ensure that the rights of women and other marginalized groups in the society are upheld.

“Your choice of my person for an award in recognition of my support for AWLA and my role in empowering women through the O. B. Lulu-Briggs Foundation was a heartwarming surprise.

“Our focus has been, and will remain, to uplift, rescue and inspire women, especially vulnerable women like widows and those suffering gender-based or domestic violence, to defeat and prevail over the stereotypical and inhibitive traditions that undermine their bloom to its full potential.

“It’s an arduous task to which I have devoted my life and appreciate your kind partnership in achieving. I thank you for your thoughtfulness, commitment and partnership to support women. May we continue to work concertedly and conscientiously for the best of our society,” she said.

Born on the 21st of September, 1958 to a family of educators and community leaders – Mr and Mrs Ernest and Darling Briggs, Dr Lulu-Briggs’ experience of the Nigerian civil war and the community-based responses of the adults around her to the disruption it caused in their lives and livelihoods shaped her bold outlook, attitude, and approach to the vagaries and uncertainties of life.

A firm believer in the role of businesses in nation building through job creation and value addition, Dr Lulu-Briggs establishiled the La Sien Business Centre, the first of many companies that have, over the years, showcased her business acumen.

For most Nigerians, and gratifyingly so, on account of her passion for helping the vulnerable in society, Dr. Seinye O. B. Lulu-Briggs is more widely known and admired for her inspiring work as Founder/Chairman of the award-winning, O. B. Lulu-Briggs Foundation, a humanitarian NGO she established in the name of her beloved late husband 20 years ago to celebrate and institutionalize his legendary, prolific and charitable giving.

On account of her stellar leadership, business accomplishments and philanthropy, she has received several accolades. Earlier this month, alongside 30 Nigerian business leaders, she was inducted as a Fellow of the prestigious Institute of Directors, Nigeria. She is also a Rotary Club International Paul Harris fellow. She was honoured with a Doctor of Science degree (Honoris Causa) by the University of Port Harcourt in 2015.

A woman of strong faith, Dr Mrs Seinye O. B. Lulu-Briggs is an ordained servant of God Almighty with a passion for sharing the powerful word of God. In September, the Chapel of God International Worship Center, Port Harcourt, over which she pastors, celebrated its 13th anniversary.

Optimistic About Country’s Future, Osinbajo Says Young Nigerians Will Unleash Their Resourcefulness On The World

Russian media reacts to negotiations between Equatorial Guinea and Russia