by Tribune Online
in Features
Reading Time: 4 mins read
A A 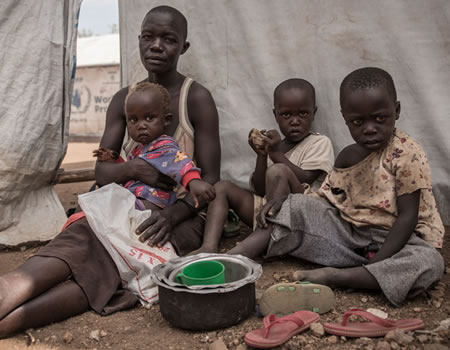 Five million children in Africa have died from preventable diseases over the last 20 years because armed conflict deprived them of access to basic healthcare or clean water, scientists said on Thursday.

A study published in The Lancet medical journal showed conflict in countries such as Nigeria and Democratic Republic of Congo had contributed to the deaths of up to 5 million children under five between 1995 and 2015.

The figure includes three million victims aged one or younger, and is much higher than previously estimated, with civilian infant deaths outnumbering armed conflict deaths by more than three to one, said scientists.

“Conflict appears to substantially increase the risk of death and stunting of young children over vast areas and for many years after conflicts have ended,” said lead researcher Eran Bendavid from Stanford University in a statement.

“The impact of war generates a series of lethal but indirect impacts on communities caused by potentially preventable infectious diseases, malnutrition, and disruption of basic services such as water, sanitation, and maternal healthcare.”

The study looked at almost 15,500 conflicts in 34 of Africa’s 54 nations over two decades and examined data on conflict-related deaths as well as live births and child mortality rates.

South Sudan: Inside African country where same-sex marriage is a thing

A look into innovative and localised waste recycling in Africa

It found infants born within 50 km (30 miles) of conflict had a greater risk of dying – about 8 percent – in their first year compared to those born in the same region in years without conflict.

The risk of infant death increased to around 30 percent when the violence was more intense, said researchers, adding that infant mortality rates were four times higher in conflicts lasting five years or more, said the study.

The higher risk of child death persisted up to distances of 100 km from a conflict, and for children born up to eight years after conflicts subsided.

Researchers said the data showed conflicts in Africa were having a substantial impact on child mortality.

They accounted for around 7 percent of all child deaths – almost 20 times higher than the 0.4 percent previously estimated by the 2015 Global Burden of Disease report.

Aid workers supporting hospitals and clinics in war zones said health workers and medical facilities were protected under international humanitarian law and all armed factions had a duty to abide by this.

“Children are often the most vulnerable to malnutrition and preventable diseases that become greater risks when families are displaced and living with little food and safe drinking water,” said Crystal Wells, East Africa spokeswoman for the International Committee of the Red Cross.

“When the clinics they depend on for care are looted or destroyed, it means they have nowhere to go when they need treatment – with tragic consequences,” she added.

The groups issued a plea for emergency aid to help communities surrounding the lake, which lies across Chad, Nigeria, Niger and Cameroon, ahead of a major donor conference about the crisis in Berlin next week.

“The insurgency as well as military operations across the four countries have displaced 2.4 million people and left 5 million people food insecure, while significantly reducing economic activity,” said the statement signed by the NGOs, including Norwegian Refugee Council, Save the Children and Action Against Hunger.

“The humanitarian community scaled up the response significantly in 2017, but humanitarian needs remain massive and will continue well into 2018 and beyond.”

The United Nations estimates it needs $1.6 billion (1.4 billion euros) to offer life-saving aid for the region in coordination with humanitarian actors.

Boko Haram took up arms in 2009 in pursuit of an Islamic state in northern Nigeria but its insurgency has since spread to neighbouring states bordering Lake Chad, with frequent suicide bomb attacks.

The conflict has aggravated an already difficult humanitarian situation in one of the poorest regions of the world.

The territory around the lake is difficult to access and the majority of the aid must be delivered by heavy armed convoys and staff transported by costly helicopters.

A donor conference in Oslo last year ended with a pledge by 14 countries to give $672 million to help the region, well below the $1.5 billion sought.

However, less than half has so far been paid, the NGOs added.

Inside Ekiti communities where businesses, livelihood suffer over lingering one year power outage

11-yr-old girl accuses dad of having sex with her