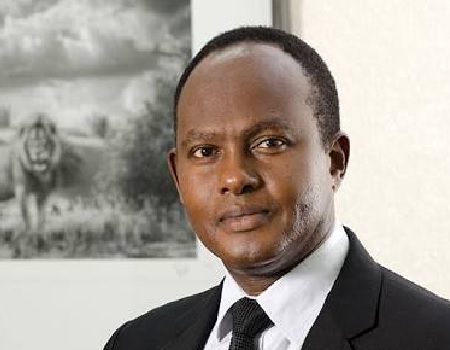 Karekezi who spoke at the foundation laying ceremony of the company’s $35 million headquarters building in Abuja said “Africa Re retains up to 28 per cent of all the re-insurance that is going out of the continent. 28 per cent is small but it is huge in terms of monetary terms.

“This is $800 million which is retained on the continent in terms of stopping the bleeding of the scarce resources which our governments don’t have.

“In Nigeria, we are talking of about $120 million, annually, which is significant, depending on the size of other African re-insurers. There are about 43 re-insurance companies on the continent, so holding 28 per cent of the capacity is something which we are proud of.”

According to him, the insurance industry in Sub-Sahara Africa was at its infancy stage, if judged it by the penetration of insurance in everyday life.

“We have to work hard to ensure that insurance becomes a tool for government, communities and individuals to manage their risks.”

He said that Africa Re was working with insurance companies in this country by providing them underwriting capacity and training.

“If there is a risk that is beyond their ability to retain, Africa Re brings an additional capacity.

“The Capacity of Africa re is similar to the capacity you find with similar organizations in the world, whether it is in China with the China Re, or in the Uk with the Lloyds.

“We have the same rating. That means we have the same strength. So it is important to be in Africa and access world-class security in insurance cover,” Mr Karekezi said.

He said that the decision to move Africa Re’s Head Office to Abuja was born out the need to be closer to the seat of power and its partners, such as the African Development Bank, one of its shareholders and the Africa Export-Import Bank, in which it has an investment.

The GMD added the state-of-the-art new head office building in Abuja would contribute to the development of Nigeria, a country he said, “has given a lot to African Re.”

He added, “$35 million will be invested here, jobs will be created. There will be retention of knowledge, as you can see, we are using engineers and architects who are natives and that is very important.”

Chairman of the company, Mr Hassan Boubrik while speaking also at the event explained that “relocating to the seat of government is like a child moving closer to the parents to enjoy more attention, as the Federal Republic of Nigeria is one of the founding fathers of Africa Re.

“In Abuja, Africa Re will certainly enjoy increased government attention in terms of immunities and privileges accorded by the Agreement establishing Africa Re and the Headquarters Agreement with the Federal Republic of Nigeria.”