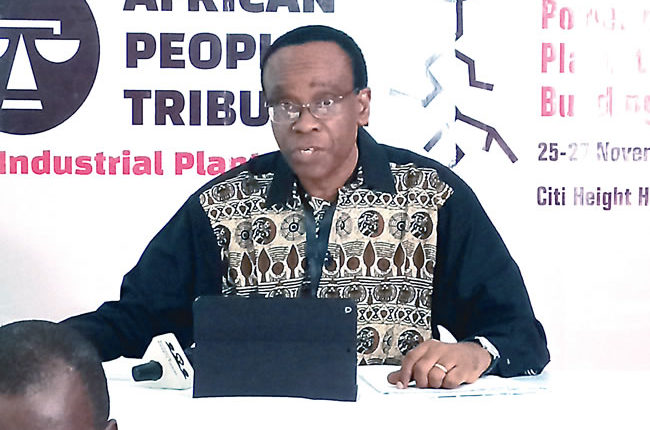 A meeting of environment groups at the ‘African Peoples Tribunal’ organised in Lagos by Friends of the Earth Africa (FoEA) ended on Friday November 27, 2020, with a call on governments of 10 African countries to urgently ensure that the human rights of freedom of speech, expression, and association of citizens and persons who brought cases of abuses before the tribunal are respected and protected.

The three-day event which started on November 25 witnessed testimonies on cases of human rights violations and environmental degradation connected with monoculture tree plantation expansion from ten countries across Africa was attended by affected communities and civil society. Among the accused companies are Socfin, Green Resources AS, Golden Veroleum Liberia (controlled by Golden Agri-Resources), SIAT SA, OLAM and PZ Wilmar.

The NGOs recommended among others, that governments in the relevant countries should immediately set up a mechanism to review existing arrangements with plantation corporations, openly and transparently engage with communities and revert wrongfully acquired lands and forests to the communities. They also stressed that governments should uphold and protect the dignity of communities and adequately sanction corporations that violate human rights or destroy the environment in their territories.

They also want governments to actively and constructively engage in the current negotiations for the elaboration of a UN Legally Binding Instrument to regulate, in international human rights law, the activities of transnational corporations and other business enterprises, and ensure this becomes a meaningful instrument to stop corporate impunity.

In all of the 10 cases, international financiers, including development banks, private banks, investment funds and pension funds from all corners of the world, are found to be controlling and financing controversial rubber, palm oil and timber plantation companies.

The jurors who heard the cases are Nnimmo Bassey, director of Health of Mother Earth Foundation (HOMEF) from Nigeria, IkalAngelei from Kenya who won the 2012 Goldman Environmental Prize for Africa and is involved in campaigns against dams, and Prof. Alfred Apau Oteng-Yeboah – a Professor of Botany at the University of Ghana.  Makoma Lekalakala, a South African activist and Executive Director of Earthlife Africa who has long been active in social movements tackling issues from gender and women’s rights, social, economic, and environmental justice issues was also one of the jurors.

The APT also received disturbing reports of industrial tree plantations building ditches as deep as 16 metres (50 feet) and with a width of 13 metres (40 feet) in the case of Wilmar (Nigeria) around the plantations. These ditches pose danger to humans and to wildlife, but significantly block communities from having access to their farms, to forests, to fishing and water sources and forces them to only use roads policed by these companies.

Community members are required to obtain passes (visas) to gain entry to their communities and only within certain time slots (Gabon).

“These ditches or moats have damaged water bodies that communities depend on (as in the case of Gabon) thereby exposing them to avoidable stresses. Heavy burdens are placed on the women as the struggle for water, fishing and fuel woods”.

The use of harmful chemicals, including those made with glyphosate (a carcinogen) in the plantations have caused damage to soils, water sources and the health of both communities and workers who are often not provided with personal protection equipment (PPE).

The replacement of rich biodiversity of forest with foreign exotic trees have dramatically damaged the local environments. Although the FAO recognises industrial exotic tree plantations (including those with genetically engineered trees) as forests, communities reject such classifications.