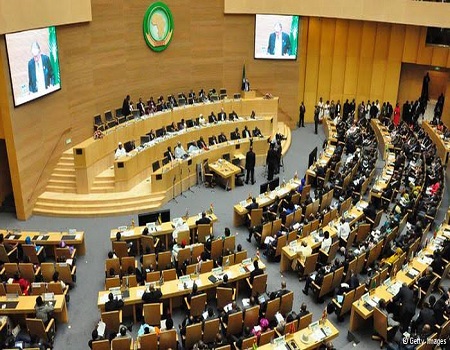 African leaders are gathering in the Ethiopian capital Addis Ababa on Sunday for the 33rd African Union (AU) summit focusing on security which is expected to discuss the Libyan crisis.

The summit will see South Africa taking over the group’s presidency from Egypt.

The two-day meeting is held under the theme “Silencing the Guns,” reflecting goals of the AU’s Agenda 2063.

The plan, which kicked off in 2013, is aimed at transforming African states and establishing security and peace across the continent.

United Nations Secretary-General Antonio Guterres is scheduled to attend the summit, which is expected to discuss the Libyan crisis.

The UN has been trying to turn a fragile ceasefire between the warring Libyan parties into a lasting truce.

On Thursday, German Chancellor Angela Merkel met South African President Cyril Ramaphosa and stressed the importance of African states’ involvement in shaping a solution for the conflict in Libya.

The summit also comes amid a dispute between Egypt and Sudan on the one side and Ethiopia on the other over a dam built by the latter on the Blue Nile, which Cairo fears will reduce its supply of water.

After several meetings hosted by Washington, the three states said a final agreement would be signed in late February.

Thai soldier kills 29 in rampage before being shot