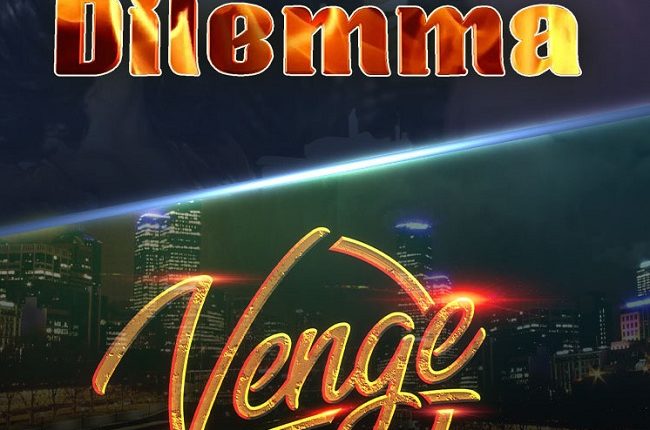 ‘Dilemma’ follows the lives of two estranged lovers, Kaineto and Kanan. After years of separation, they find their way back to each other and have to deal with a history they would both rather forget. Love leads them back together, but it may not be enough to conquer all the challenges they will have to face. Dilemma will air every weeknight from Monday, October 4 on AM Showcase (DStv Channel 151). It stars some of the finest talents in Nollywood like Shan George and Bob Manuel-Udokwu, and new faces like Treasure Obasi and Vine Ogulu. It also features BBNaija stars, Neo Akpofure and Daniel ‘Sir Dee’ Atteh.

On the other hand, ‘Venge’ tells a scandalous story of secrets, lies, and betrayals. Viewers will get to go on a journey with Bibi as she unravels several conspiracies trailed by murder and fear on her quest for justice and revenge. This telenovela starring Michelle Dede, Uzoamaka Aniunoh, Obehi Aburime, Uche Mac-Auley, and Ian Wordi will air premiere every weeknight from Monday, October 4 on AM Showcase (DStv Channel 151).

These two new telenovelas present fresh storylines, suspense-filled plots and parades a mix of established and upcoming names in Nollywood that will have viewers from across Africa immersed in yet another top-notch Africa Magic production.

Executive Head of Content and West Africa Channels, MultiChoice Nigeria, Busola Tejumola said, “We are excited to premiere these telenovelas on our Africa Magic channels as it once again underscores our positioning as Africa’s most loved storyteller. ‘Venge’ and ‘Dilemma’ explores modern-day themes that viewers will connect to at different levels. Each plot, twist and suspense will keep viewers from across Africa on the edge of their seats as they follow the drama and connect with the characters”.

Tejumola also disclosed that DStv and GOtv customers should look forward to other exciting new and returning shows towards the end of the year on Africa Magic.

The Producers, Uche Ikejimba for Dilemma and Tosin Igho for Venge both revealed that viewers should expect a captivating story, one that will keep them on the edge of their seats and glued to their screens.

On what makes the telenovelas a cut above the rest, Ikejimba said: “Dilemma is set in two-time jumps; 1998 and 2021. Viewers will have the luxury of experiencing the story in the 90s hence bringing back many nostalgic moments. This time jump gets to see characters grow as viewers experience their journey together”. For Venge, Igho said: “Venge is a fresh take on the Telenovela genre. It contains many of the same elements that audiences are used to but adds its own unique brand of action paired with a stunning visual style”.

In spite of the huge investment in the water sector by the government and international organisations, water scarcity has grown to become a perennial nightmare for residents of Abeokuta, the Ogun State capital. This report x-rays the lives and experiences of residents in getting clean, potable and affordable water amidst the surge of COVID-19 cases in the state…Africa Magic’s new series  Africa Magic’s new series