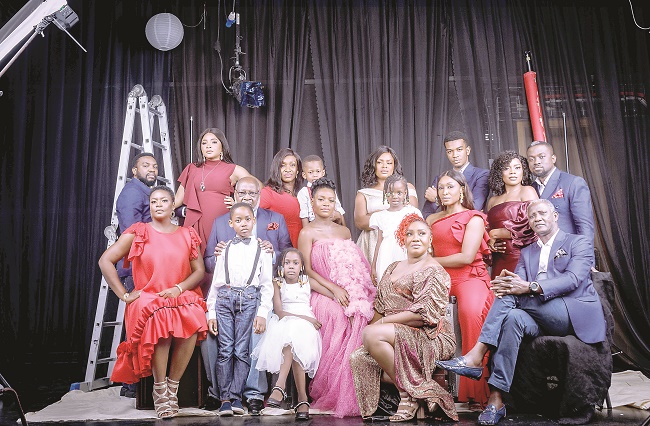 Africa’s longest-running and most successful drama series, Tinsel, is set to air its 3000th episode next Thursday, on Africa Magic Showcase.

Launched in 2008, Tinsel has re-imagined African soap opera, drawing audiences in with its intriguing storyline which speaks to love, influence and scandal set against the backdrop of the Nigerian film industry.

Over the years, Tinsel has also served as a major launchpad for many of Africa’s best-known faces on television including the likes of Gideon Okeke, Gbenro Ajibade, Damilola Adegbite, Chris Attoh, Linda Ejiofor-Suleiman and many others. Tinsel also features many established Nollywood actors such as Iretiola Doyle, Victor Olaotan, Funlola Aofiyebi-Raimi, Yul Edochie and many more.

Commenting on this major milestone, Channel Director, M-Net West Africa, Wangi Mba-Uzoukwu said: “Our local content story cannot be complete without a mention of our flagship soap opera, Tinsel. We are indeed happy to hit the 3000th episode mark of this stellar series. At MultiChoice, we remain committed to growing and promoting local content and talents as we continue to expand the boundaries of African film and television production. Tinsel owes its longevity to its amazing cast, stellar directing, multifaceted storyline and high production values.”

Tinsel, which is widely considered the most successful television drama on Nigerian television in recent times, also won an Africa Magic Viewers’ Choice Award for the Best M-Net original drama series in 2017. The 3000th episode will feature a guest appearance from prominent comedian, AY Makun.

The British Parliament at the Westminster Hall held a debate on ‘e-petition 554150, relating to Nigeria and the sanctions regime’ on Monday. The government of the United Kingdom has however responded…Africa Magic series  Africa Magic series

The surprise visit made on Friday night by the leaders of the ruling All Progressives Congress (APC) to former President Goodluck Jonathan at his residence in Abuja triggered a stir in the major political camps, resulting in at least four possible theories..Africa Magic series  Africa Magic series