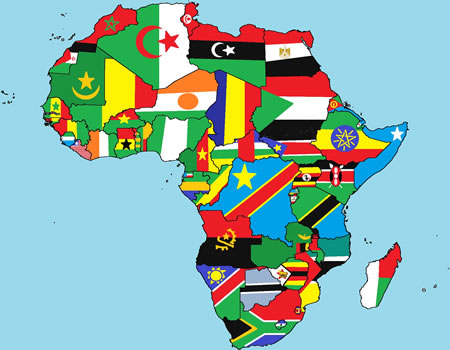 THE World Travel and Tourism Council (WTTC) 2018 research outlook has ranked Africa as the second-fastest growing tourism region with the sector contributing $194.2 billion to the continent Gross Domestic Product (GDP).

According to the WTTC, “Travel, Tourism in Africa is booming, growing 5.6 per cent in 2018 compared to the global average of 3.9 per cent and the broader African economy rate of 3.2 per cent. This places Africa as the second-fastest growing tourism region behind only Asia-Pacific.

Such growth is partly explained by North Africa’s rebound from security crises as well as the development and implementation of policies that promote travel.

The research revealed that travel and tourism contributed $194.2 billion to the region’s economy, representing 8.5 per cent of the continent’s GDP.

However, the sector contributed 24.3 million African jobs (6.7 per cent) of total employment and 71 per cent of tourism spending across Africa was leisure-driven and 29 per cent business.

Also domestic spending accounted for 56 per cent of the tourism economy while international stood at 44 per cent in the same year, while the international tourism spending comprised 9.6% of the region’s total exports, worth $58.5 billion.

Ethiopia stands out not only as Africa’s fastest growing travel economy but indeed the world’s, growing by 48.6 per cent last year to be worth $7.4 billion. Notably, international Travel & Tourism spending made up a massive 61.0 per cent of exports in the country. This stunning growth can be attributed, in part, to Ethiopia’s improved connectivity as a regional transport hub and to recent visa relaxation policies.

Then, Egypt’s tourism sector has demonstrated considerable resilience, growing by 16.5 per cent last year with international visitor spending accounting for 27.3 per cent of exports. This follows huge safety improvements in the country and in key destinations such as Sharm El-Sheikh, helping to entice international tourists back to the northern coast.

“We commend the tourism leaders in Africa who are helping to boost connectivity, promote travel facilitation and ensure traveller safety, all of these measures make for supreme growth; the kind of growth that we are now witnessing across the continent and that provides millions of good jobs.”

WTTC has a history of 25 years of research to quantify the economic impact of the sector in 185 countries. Travel & Tourism is a key driver for investment and economic growth globally. The sector contributes $8.8 trillion or 10.4 per cent of global GDP, and accounts for 319 million jobs or one in ten of all jobs on the planet.

For over 25 years, WTTC has been the voice of this industry globally. Members are the Chairs, Presidents and Chief Executives of the world’s leading, private sector Travel & Tourism businesses, who bring specialist knowledge to guide government policy and decision-making and raise awareness of the importance of the sector.