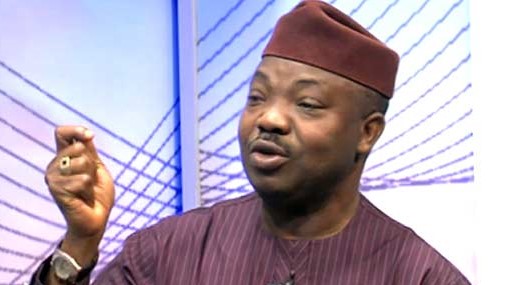 The pan-Yoruba sociopolitical group, Afenifere, has cancelled its monthly meeting scheduled to hold today (Tuesday) in Akure, the Ondo State capital, as a mark of respect for its Publicity Secretary, Mr. Yinka Odumakin, who died last Saturday.

A member of the group disclosed to Tribune Online that Afenifere is scheduled to meet today to take decisions on an important issues but said the meeting has been cancelled as a mark of respect for Odumakin.

According to the source, the leadership of Afenifere was badly hit with the sudden death of its Publicity Secretary who was regarded as one of the engine rooms of the group.

However, the group has issued a statement to announce the cancellation of the April meeting of the group.

A statement signed by the Assistant General Secretary of the group, Mr. Adeleke Mabinuori, said the meeting for Tuesday had been cancelled.

The statement read: “I have been directed by the acting Leader, Chief Ayo Adebanjo, to inform you that the Afenifere meeting scheduled for Tuesday, 6th April, 2021 is cancelled.

Odumakin, the Afenifere spokesperson, died on Saturday in Lagos.

In the penultimate week, (March 7 – 13), there were 2,300 cases, a reduction when compared to the 2,817 recorded in the previous week’s (February 28 – March 6)…Afenifere cancels monthly meeting in honour of Odumakin

At about 25 minutes, the train slowed down at the uncompleted Omi-Adio terminal, a village on the Abeokuta/Ibadan expressway; it’s a stone throw from Apata in Ibadan. Conveyance of passengers from there and other terminals has not kickstarted as the terminals are still under construction and workers were found there…Afenifere cancels monthly meeting in honour of Odumakin

Being beautiful is a plus ― Brand influencer, BukkyKoga