AFEEDi empowers women in Osun with skills for financial freedom 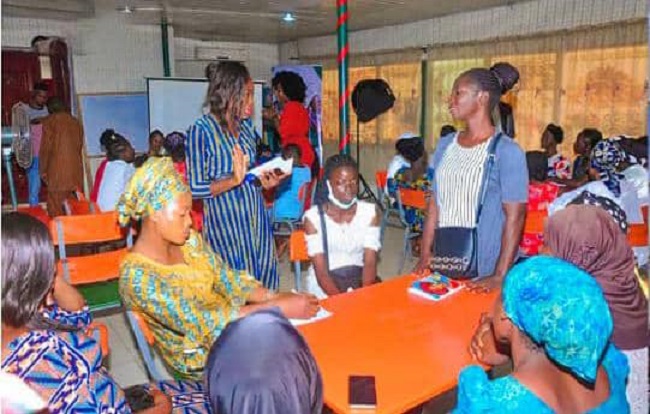 Women in the city of Osogbo, Osun State capital were beneficiaries of an empowerment programme and exposures from the African Focus for Entrepreneurship and Economic Development Initiative (AFEEDi) in partnership with Elegance Makeover and E-counsel with Lola.

AFEEDi, a non-profit organisation in Nigeria with the dedication to sustaining and developing peace and prosperity in Africa, empowered hundreds of women with the programme tagged, “AFEEDi Women for Economic Freedom.”

According to the organisers, the objective of the event was to promote economic freedom among the most grossly marginalised and economically disadvantaged gender at the grassroots, noting, this was done through exposing them to tested economic freedom principles and capacity building in hard skill.

The President of AFEEDi, Mr Peter Oluleke, however, called on the government to rather create an enabling environment than getting involved in the business of business. He pledged that AFEEDi will continue to raise entrepreneurs across Africa and empower small and medium scale businesses to thrive through capacity building and free-market principles.

“The initiative was intended to make women self-sustaining and economically valued members of their communities. Many of the participants were drawn from recommendations by the Osun state ministry of Women Affairs. The breakup session was replete with testimonials of how participants will take personal initiative in future endeavours and practical ways to do so,” he added.

The AFEEDi Director of Programmes, John Aiyede, highlighted the principle of entrepreneurship, as a hallmark of the cheetah generation, adding that, “The government must be more efficient in creating economic efficiency in the society.

He also advised individuals to take initiatives and engage in entrepreneurship ventures in contributing meaningfully to development in their communities.”

Also, a psychologist, Miss Omolola Sanyaolu, counselled women on life at home as it affects them in combining it with their businesses. She x-rayed the best coping strategies for the daily demand of a wife and mother in the home as well as the societal expectations.

Mrs Gloria Adenekan of Elegance Makeover, on the other hand, stressed the importance of makeup artistry as it is one of the current in-demand hard skills in creating personal branding.

She enlightened women on the nitty-gritty of how to practice it, the various product combinations that make for a perfect makeover while emphasising that “less is more”.

AFEEDi empowers women in Osun with skills for financial freedom