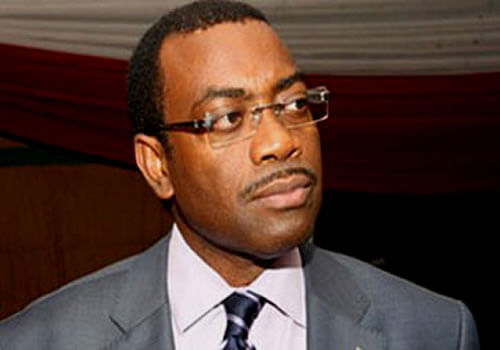 The restrictions and strict lockdown measures imposed at the start of the crisis, some of which are being gradually relaxed, have resulted in mass closures of businesses and millions of job losses.

“The aim is, therefore, to soften the impact of the anticipated recession,” he stated in Cote D’Ivoire, headquarters of the bank.

Adesina celebrated the excellent relationship between the institution and Côte d’Ivoire, which is home to the Bank’s headquarters.

He also paid tribute to the country’s steady economic progress.

“With the pandemic, Africa has lost over a decade of gains of economic growth.

“Africa’s recovery will be long and difficult.”

Back in April, the Bank reacted swiftly to the pandemic, with a series of bold measures to support its regional member states to help cushion them against the impacts of the outbreak. One example was the launch of the COVID-19 Response Facility of up to $10 billion.

The response, like the crisis, is now on a continental scale. From the north to the south of the continent, the Bank has provided massive support to strengthen the resilience of regional member states.

The Bank has provided support worth $22 million to regional bodies such as ECOWAS in West Africa, to strengthen the health systems of low-income countries, and to CEMAC in central Africa.

It also assisted the G5 countries in the Sahel to the tune of $20 million.

In his opening speech, the President of Côte d’Ivoire, Alassane Ouattara underscored the Bank’s critical support for his country and other regional members.

“This is an opportunity for me to acknowledge the African Development Bank, its President and Board of Directors, for the unwavering support expressed in these difficult times to African states.

“Indeed, the Bank’s COVID-19 Rapid Response Facility has made it possible to finance and support African countries in the fast implementation of plans to fight the pandemic.”

President Ouattara praised the “remarkable capacity to adapt that the Bank has shown by continuing its operations and functioning in virtual mode, since March 2020,” and the work accomplished by Bank President Akinwumi Adesina “who has successfully led the transformation of the African Development Bank and has given it great credibility and visibility, of which we are proud.”

The Governors will vote to elect the Bank’s president on Thursday, 27 August 2020.

Adesina, the first Nigerian to occupy the role, was elected by the Bank’s Board of Governors for a five-year term on 28 May 2015 at the 50th Annual Meetings, which took place in Abidjan.

In his speech, Adesina welcomed Ireland as the Bank Group’s 81st member.