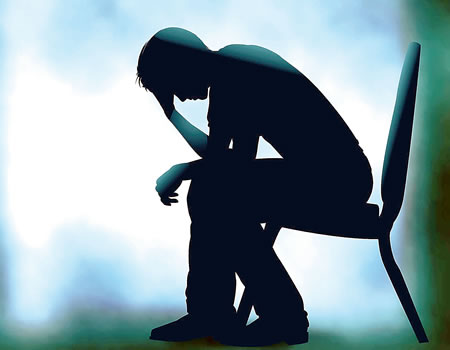 SOME- mental health advocates have called for massive awareness programmes on depression and suicide to reduce incidents in the country.

The advocates who spoke in separate interviews with the News Agency of Nigeria (NAN) on Saturday in Lagos, said depression was very prevalent among the populace, yet little attention was paid to it.

According to them, some of the factors contributing to the incidents included social media, poor parenting, environmental factors and relationship problems, among others.

Miss Chinonye Chidolue, said that social media played a huge role in the incidents of suicide, especially among youths.

Chidolue is an actress, writer, child advocate, and the Founder of an NGO, Child Hero Global Care Foundation.

“Social media gives us that picture of a perfect life; so, people will want to be like those they see and want to live perfect lives.

“Many youths, especially the idle ones get carried away and what is being put up as a perfect picture or image out there puts youths under a state of depression; there is that restlessness, “ she said.

The advocate said one way to break free from the distress that people, especially, the youths found themselves in was through awareness programmes.

Chidolue said: “When you know better, you have to do better for yourself and society. We need to keep teaching society that not everything you see out there is real. “

Mr Toluse Francis, who is the Founder, Min and Health Community, an NGO, urged Nigerians to develop positive psychology.

Francis said most times, people who were depressed were not responsible for the onset of the condition but they could control their reaction toward it.

“Create for yourself an edge to stand and say “things may be bad, but it does not mean that it will always remain like that.

“Let us understand that life is a phase and everything that comes to us will always pass away; depression is real and you cannot bring logic into why a person is depressed, “ he said.

Osondu, who works at a research firm, Benth Plus Consulting, said there was a need for government to collaborate with private organisations to conduct qualitative and quantitative research on it.

According to him, such research will help to give better information about the incidence and provide better solutions.

“The essence of carrying out research is to give an analogy about what is currently happening.

“Research exposes you to ideologies, problems, and gives better awareness of what is happening in society and the country will be able to make well-informed decisions, “ he said.