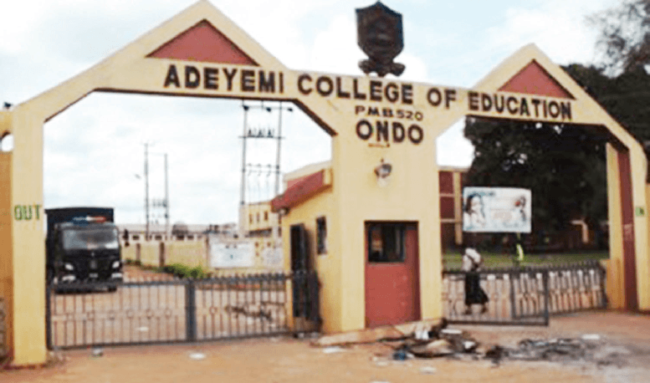 Authorities of the Adeyemi College of Education in Ondo, in Ondo State, have banned the students from driving cars and riding power bikes on campus.

The Registrar of the college, Mrs Olufisayo Fakorede, in a circular dated April 15, said the ban was necessary to safeguard the lives of students and staff from those who drove recklessly.

Fakorede said the management had received several complaints from students and staff of the institution over the recklessness by some of the students which necessitated the ban.

“The college management has observed that students who own cars and power bikes drive their cars and ride their power bikes on campus with reckless abandon.

“Management has equally received complaints from both students and staff on this act of indiscipline.

“As a consequence of this, and in order to safeguard the lives of students and staff, management hereby bans students from bringing their cars or power bikes into the college premises.

“The ban is effective immediately,” the registrar stated.

In spite of the huge investment in the water sector by the government and international organisations, water scarcity has grown to become a perennial nightmare for residents of Abeokuta, the Ogun State capital. This report x-rays the lives and experiences of residents in getting clean, potable and affordable water amidst the surge of COVID-19 cases in the state.  Adeyemi College of Education bans students from driving cars, riding power bikes on campus

The Lagos-Ibadan railway was inaugurated recently for a full paid operation by the Nigerian Railway Corporation after about a year of free test-run. Our reporter joined the train to and fro Lagos from Ibadan and tells his experience in this report… Adeyemi College of Education bans students from driving cars, riding power bikes on campus