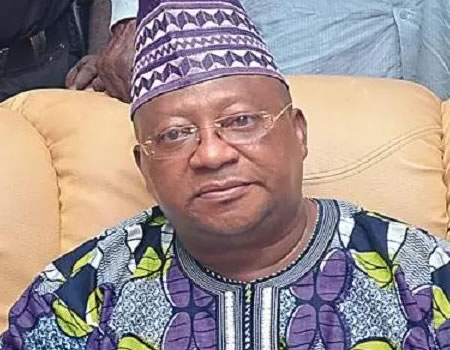 THE leader of the team of pathologists, who carried out autopsy on Late Senator Isiaka Adeleke, Dr Taiwo Olufemi Solaja, on Friday told the coroner inquest investigating the cause of death of the deceased that Adeleke’s family did not engage him to conduct post mortem on the politician.

He said the coroner, Dorcas Ajiboye Olubunmi ordered him to carry out the autopsy, having been served with the coroner ordinance form B and C, saying the autopsy forms were submitted back to the coroner, through the Police

Solaja, a consultant anatomic pathologist with Ladoke Akintola University Teaching Hospital (LAUTECH), Osogbo, who was being led in evidence by Mrs Oyindamola Daramola, a senior legal officer in the hospital maintained that “I am supposed to report to the coroner. I was not engaged by Adeleke family to carry out the autopsy. I am ordered by the coroner to carry out the autopsy. I am not obliged to submit the report to any other entity apart from coroner”.

He continued, “since the coroner ordered it, the same report had to be submitted to the coroner. The forms were served on me before the examination of Adeleke’s corpse”.

“The family of Adeleke were there when the forms from the coroner were served on me. The person that gave us the history of the deceased was brought by the family in the presence of the DPO of Dugbe Police station, Osogbo.

“The person narrated that the deceased took IV injections. He did not narrate that he took oral injection. All the amples of injections presented to me were broken. The Police brought the amples to me inside the autopsy room. It would be presumed that when they were broken it would be meant for a particular use,” Solaja remarked.