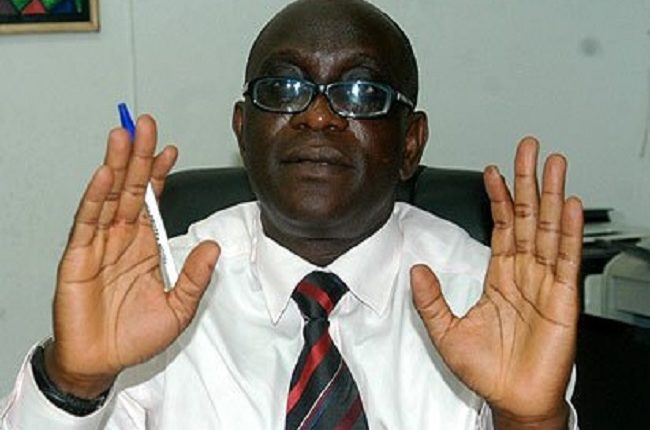 Mr Gbenga Adefaye, the General Manager/Editor-in-Chief of Vanguard Newspapers, has been appointed as Provost of the Nigerian Institute of Journalism, Ogba, Ikeja.

A statement signed in Lagos on Monday by former Ogun governor, Chief Olusegun Osoba, Chairman, Governing Council of the NIJ, said Adefaye would serve as Provost of the institution with effect from Sept. 1, 2020, pending the appointment of a new Provost.

He succeeds the former Provost, Mr Gbemiga Oluleye, who has served out his term meritoriously.

Adefaye was a former two-term president of the Nigerian Guild of Editors.

The NIJ is a Nigerian monotechnic institute located at Ogba in Ikeja, Lagos State.

It is a diploma-awarding monotechnic established in 1963 by the International Press Institute.

Lessons From Fani-Kayode’s ‘Stupid’
The Femi Fani-Kayode experience was needless and plainly avoidable. But something tells me it won’t be the last. There is the feeling today in power circles that because of the ascendancy of the Internet and its platforms of social engagements, the press as we knew it is now impotent and could be humiliated and called stupid without consequences. The truth of the media’s undying powers should be clear in what Femi just went through…Adefaye named Provost Adefaye named Provost

Buhari Approves Transfer Of NIMC To Communications Ministry
President Muhammadu Buhari has approved the transfer of the National Identity Management Commission (NIMC) to the Federal Ministry of Communications and Digital Economy. A statement signed by the Minister‘s Spokesperson, Mrs Uwa Suleiman, on Monday in Abuja, said that the approval was based on Buhari’s consideration for the critical role of NIMC towards the realisation of the objectives of the National Digital Economy Policy and…Adefaye named Provost Adefaye named Provost

Businesses May Not Normalise Till August 2021—Report
BUSINESSES and brands, hoping to return to ‘winning ways’ soon, after the devastating effects of the COVID 19  pandemic, may need to wait a little bit longer, as a recently-released CEO Report, from Philips Consulting Limited PCL,  has predicted that it would take another 12 months, August 2021, for the nation’s business environment to fully activate and operate optimally…Adefaye named Provost