Latest NewsEcoscope
By Paul Omorogbe On May 17, 2022 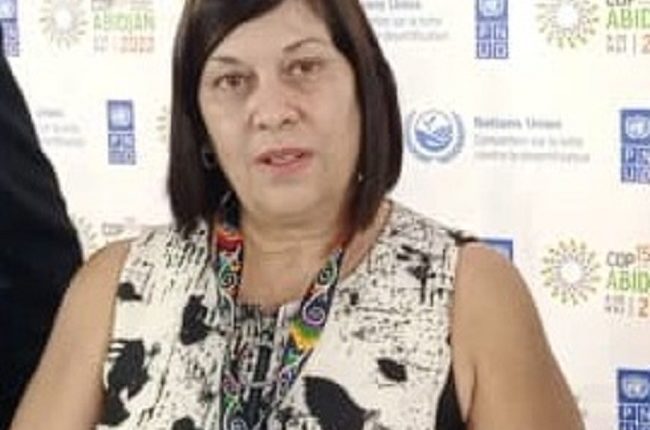 A study released at the ongoing 15th session of the Conference of the Parties (COP15) to the United Nations Convention to Combat Desertification (UNCCD) has highlighted that there is no gender equality without women’s rights to land, and addressing women’s land rights is imperative to any effort related to land degradation, desertification and droughts.

The study titled “The Differentiated Impacts of Desertification, Land Degradation and Drought on Women and Men,” was presented by Lorena Aguilar, independent consultant for the UNCCD and former Vice Minister of Foreign Affairs of Costa Rica at the COP15, holding in Abidjan, Cote D’Ivoire from May 9 to 20.

Ibrahim Thiaw, Under-Secretary-General and Executive Secretary of UNCCD, said: “Women are major actors in the global efforts to reduce and reverse land degradation. They restore land, they protect land, they cherish, nourish and care for the land, while also caring for others.”

The study, commissioned by the UNCCD Secretariat, sheds light on the most relevant problems, as well as solutions, associated to how desertification, land degradation and drought (DLDD) affect women and men differently, with an overall impact on the environment and on societies.

In her presentation on the study at COP15, Aguilar said, “The study shows major gaps with regards to women’s land ownership across regions, for example: Less than 20% of all landholders globally are women.

“Only 44 countries accord women the same inheritance rights as men in both law and practice, while 29 countries do not grant female surviving spouses and daughters the same rights as their male equals to inherit land and non-land assets.

“Disinheritance of the surviving spouse still occurs in 96 countries. Women’s rights to inherit their husband’s property are denied in 102 countries under customary, religious, or traditional laws and practices.

“103 countries do not criminalize property dispossession or grabbing of inheritance.”

Continuing she said, “We may ask ourselves why this is important.

“Equitable land governance and land security tenure are critical to enabling land restoration efforts led by women, for example for making investments for sustainable land management such as soil conservation and augmentation, terracing, tree planting and establishment of buffer zones. If you are not the owner, you cannot decide.

“Not having land titles that can be used as collateral, or the lack of secure tenure, hinder women’s access to loans and credit, and limits their access to extension services and training.

“The lack of recognition of women as farmers and forest managers may also lead to their exclusion from decision-making spaces and access to credit, information, and services.

“Consequently, there is no gender equality without women’s rights to land. Addressing women’s land rights is imperative to any effort related to land degradation, desertification and droughts.”

This story was produced as part of a virtual reporting fellowship to the UNCCD COP15 supported by Internews’ Earth Journalism Network.

20 killed in road accident in Kaduna