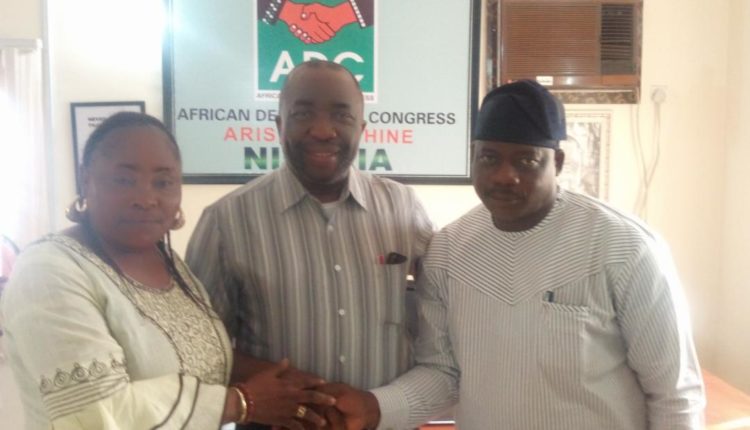 The National Secretariat of the African Democratic Congress (ADC) has affirmed Hon. Bisi Ogungbemi and his deputy, Iyalode Tokunbo Saka as the credible leaders of the party in Ondo State.

In an affirmation letter signed and made available to TribuneOnline by the National Chairman, Dr Ralph Nwosu noted that the party declared the purported suspension of the chairman and his deputy as unacceptable, null and void.

It added that the few disgruntled members of the party lack the power to carry out a suspension of the chairman.

“Hon. Bisi Ogungbemi and Mrs Tokunbo Saka remain the Chairman and deputy chairman of the party in Ondo State as stipulated in the party’s constitution.

“The NWC directs all parties to maintain the status quo as the party has set up a disciplinary committee to look into the matter.”

In a related development, The Ondo State chapter suspended some members for gross misconduct and anti-party activities.

He added that they were also said to have disrupted a reconciliatory meeting chaired by Dr Bode Iwaloye to resolve the issues in the party.

Ogungbemi stated that a disciplinary committee would be subsequently set up to look into the matter and submit their report in two weeks.