AD dissociates self from proposed mega party ahead 2019 elections 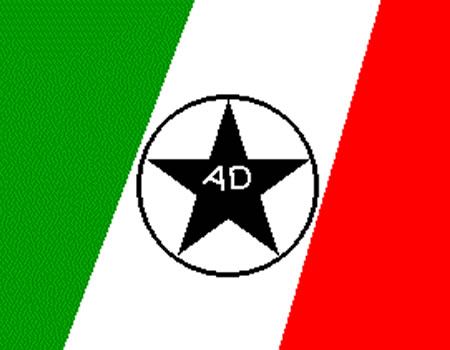 A member of the National Working Committee (NWC) of the Alliance for Democracy (AD), Mr Ismail Ayodele, on Friday, declared that it is not in the party’s plan to merge with any political party ahead of 2019 general elections.

Ayodele, who is the National Auditor of the party, therefore, warned Senator Mojisoluwa Akinfenwa to stop parading himself as the National Chairman of AD, saying he had since been disengaged by the party leadership since December 3, 2015 after its National convention in Abuja.

Reacting to the proposed mega party in a telephone interview with Saturday Tribune in Abuja, the party stalwart said AD remains focused and believed that its agenda, ideology, as well as constitution and manifestoes were the only panacea to Nigeria is numerous challenges.

“AD is not part of that meeting and Baba Akinfenwa is no longer the chairman of AD, because I learnt he was the one that represented the party in that mega talk. The list of the political parties mentioned there were AD, Peoples Democratic Party (PDP), as well as Social Democratic Party (SDP) and Peoples Redemption Party (PRP). So, he has no say on AD.

“Senator Akinfenwa cannot speak on behalf of AD. The current chairman is Chief Joseph Avazi. Baba Akinfenwa has been disengaged from that party since December 3, 2015 when we have our convention.

Mr. Ayodele then appealed to Nigerians, especially eligible voters to go through the party constitution with a view to availing them opportunities of knowing that AD remains only party solution to both the economic and infrastructural problems in the country.