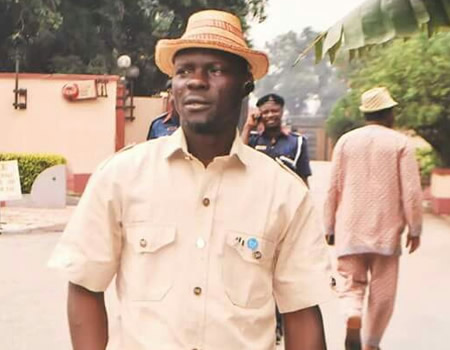 LEADERS of Itsekiri have been called upon to embrace peace and development, and shun actions capable of derailing the prevailing peace in Warri South West Local Government Area of Delta State.

The call came from a Niger Delta activist and community leader from Gbaramatu  Kingdom, Comrade Sheriff Mulade in a statement made available to journalists in Warri.

He averred that no meaningful development could take place in an environment devoid of peace and love.

The immediate past Chairman of Kokodiagbene Community, Gbararmatu kingdom. While reacting to the purported memo written to the National Assembly (NASS) by the Attorney General of the Federation (AGF), Mallam Abubakar Malami on the location of the Nigerian Maritime University, Okerenkoko, insisted that there was no existing community known as Okerenghigho.

He advised Itsekiri leaders and others to give peace a chance for the needed development in the area to thrive.

He said it was unfortunate that the peace-building project that has been yielding positive dividends was being shattered by the purported AGF’s memo.

Mulade stressed the need for Itsekiri and Ijaw to live as brothers and good neighbours in Warri South-West, noting: “Our Itsekiri brothers should desist from being hoodwinked into fanning the embers of war over an issue that can be amicably resolved without much ado.”

Comrade Mulade implored the Ijaws and Itsekiris to embrace peace and unite so as to “confront our common enemies which are: underdevelopment and neglect of our area in spite of our huge contributions to the national economy.”

According to him, “creating a crisis and ethnic violence will do us no good. We must shun those things capable of dividing us.”

AfDB to focus more on power sector in 2018

Delta 2019: They want to kidnap me, my family, Mulade cries out to IGP