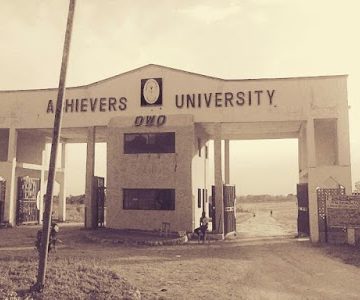 THE Pro-Chancellor of Achiever University, (AU) Owo, Ondo state, Hon. Bode Ayorinde, has said the institution is poised to break records in terms of researchers which would prefer solutions to the socio-economic challenges of the country to rank the University as the best in Africa and one the best in the world.

Ayorinde who started this during a press conference to herald the 10th anniversary and Seventh convocation ceremony of the school said the school has been on the track to change and make new discoveries by breaking academic records.

He said the University which was nurtured and upgraded from a Continuing Education Center to a university in 2008 had graduated over 3,000 students in the last ten years while the school remains the highest employer of labour in the state.

He said, “the vision of this institution is to produce a total man, morally sound, properly educated and entrepreneurially oriented, who would be useful to himself and the society thus becoming the best university in Africa and indeed one of the best in the world.”

He lamented that lack of funds was destroying the educational vision in the country saying the nation has the potentials of producing one of the best universities in the world.

Speaking on the Convocation programmes, the institution Vice Chancellor, Prof. Theophilus Ibiyemi, said the anniversary and convocation would be held between Friday 6th April and 15th April 2018.

Other programme lined up for the event included Sensitisation of activities, novelty match, Roadshow, football match between the School and FUTA, Alumni get- together and convocation party among others.