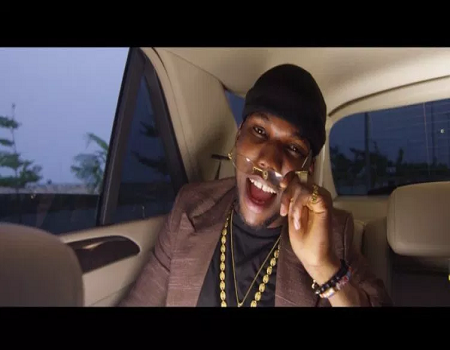 The News Agency of Nigeria (NAN) reports that the youngster released the hit audio on a popular streaming platform, YouTube on Wednesday.

As the title implies, ‘Too Much Money’ emphasises the importance of having not just money legitimately but enough of it to cater to essential basic necessities.

NAN also reports that Victor AD, who grew up in Kirikiri area of Apapa, Lagos and in Warri,  began his music career in  2014.

In 2017, Victor AD released “No Idea”,  and the music video for the song was shot and directed by Cinema House Images Director, Dindu.

He released the acclaimed single “Wetin We Gain” in 2018, a song that launched him into the limelight, and the video for the song has reportedly garnered more than 6,000,000 million views on YouTube.

Victor AD also featured Davido in his third single titled “Tire You”, and appeared on the  O2 Arena stage for Davido’s 2019 concert in UK.

He has been nominated for several local and international awards, including  Sound City MVP Listeners Choice Award (2018), Best Pop Single and Best New Act( 2018) and Ghana 3Music Awards as Best African Act 2019, among others.