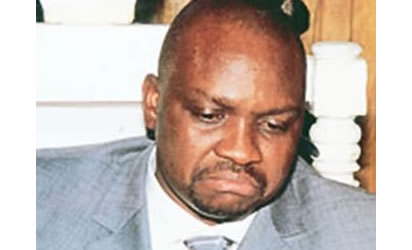 THE Federal High Court sitting in Ado Ekiti, on Tuesday, dismissed an application filed by the Economic and Financial Crimes Commission (EFCC) for a stay of execution of an order to defreeze the bank accounts of Ekiti State governor, Mr Ayodele Fayose.
The application for a stay of execution, applied for on December 12, 2016, by the EFCC, was dismissed by Justice Taiwo Taiwo in a ruling on Tuesday on the ground that the application “lacked merit.”
The EFCC had made the application following an unfavourable judgment it got in a case brought against it by Governor Fayose, when the commission froze his personal accounts with Zenith Bank Plc.
Justice Taiwo Taiwo said that the application filed by the EFCC to stay the execution of the judgment was instituted in bad faith and that no proof of facts that an appeal had been entered by the commission.
Justice Taiwo said once a judgment had been executed, you could not stay the execution again.
According to him, there was no substantial points raised in the affidavit for the court to condemn the judgment already delivered by the court.
He also held that the application was in breach of Section 308 of the Nigerian constitution and therefore dismissed the application.
Justice Taiwo delivered a judgement on December 13, 2016, lifting a ban placed on Fayose’s accounts at the Zenith Bank.

Bilateral Relationship: FG Approves Visa on Arrival to all Countries into Nigeria