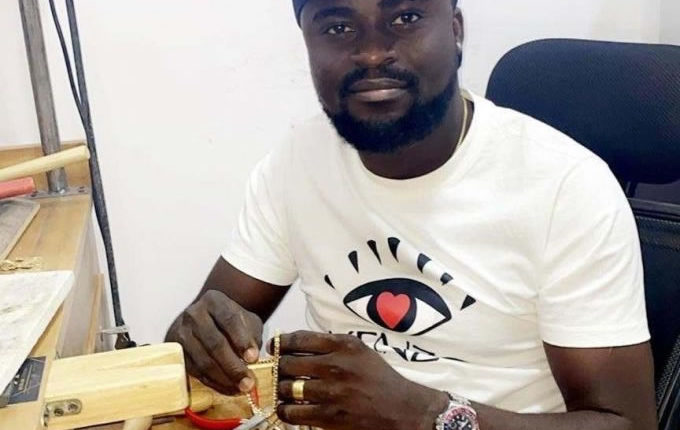 CEO of Accolade Jewellers, Kolade Adebajo Taiwo, a professional jeweller, has said the company was not going to rest on its achievements in the last years of producing quality jewellery for its customers.

Born in the Surulere area of Lagos State,  Kolade-Adebayo Taiwo comes from a family line well steeped in the art of jewellery making He started his elementary education at the Mazons Montessori School, Lagos, then proceeded to Nickdel College in Ibadan, Oyo State for his secondary academics before getting admitted into the prestigious University of Lagos, for his higher education.

He bagged a BS.C degree with honours from the University of Lagos but instead of pursuing a white-collar job in one of the multinational or blue-chip firms in the country, Kolade Adebajo Taiwo, who comes from a family well oiled in jewellery making, like his grandfather and uncle,, opted to follow his predecessor’s paths by taking up to jewellery production.

“We know how we started and are not going to get carried away with the achievements we have recorded. We will continue to push forward in order to give our clients the best”, he said.

Born to Mr and Mrs Taiwo, the decision to start making jewellery, was not as straight-forward as it sounds as he had to struggle to raise funds to start up his company, Accolade Jewellers

What helped him in the pursuit of his dream was his passion for crafting fine pieces from the scratch and today, the story has changed for the young man, whose business is thriving, even in the face of the pandemic., that has brought many businesses to their knees’

Kolade Adebajo Taiwo, the amiable CEO of Accolade Jewellers, is passionate about the Nigerian project and has been contributing to nation-building through the training of youths on jewellery making.

Described by close friends, associates and clients as a hands-on person, who values relationship and a cheerful giver, Taiwo remains resolute in his resolve to be at the very best of his craft

How To Finance Plastic Surgery With A Medical Loan