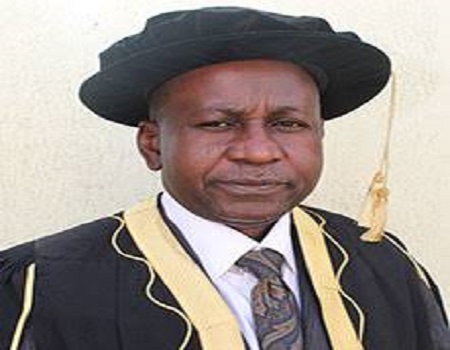 The News Agency of Nigeria (NAN) reports that the collaboration was sponsored by China Civil Engineering Company.

Garba disclosed this on Wednesday in Zaria at a meeting with members and leaders of the university host community ahead of the 41st Convocation ceremony on Saturday.

NAN reports that the meeting brought together the management of the university, academics, host community leaders like; District and Ward Heads and Ardos among others to deliberate on issues concerning the institution.

ALSO READ: Why prescribing medications on phone may be dangerous

The VC said: “Because of the respect outside world has for our engineering, that’s why you will hear a story of our collaboration with a university in China.

“Where our students in Civil Engineering and Mechanical Engineering chosen on merit will spend three years in ABU and go to China and spend two years and earn two degrees of ABU and China simultaneously.

“Our degree in ABU may be Civil Engineering and that of China may be Railway Engineering for example. I remember, less than a year ago, we have sent the first batch of 45 students.”

He recalled that when the first set of beneficiaries were leaving the country, “we took them to the Emir of Zazzau, His Royal Highness, Alhaji Shehu Idris and he blessed them and I think that blessing had really worked.

“And because of that, Nigeria is being respected and these children are being respected, they are performing very well and this year again they are giving us another set of 45 students.

“So, our children that are avoiding engineering, you can see how opportunity is following them and because what had happened, all the applications we received his year went to civil engineering, everybody wants to go to China,” he said.

According to him, the story is going around that what they see in China as students’ accommodation is better than Presidential Villa in Nigeria, as such China is now where everybody wants to be.

Garba advocated for a change of orientation among locals for greater experience in life, observing that for somebody to be born in Zaria, school in Zaria and work in Zaria, that person’s orientation about life would be entirely based on his Zaria experience.

He stressed the need for children of the local community to queue into engineering courses to be part of beneficiaries of the current gesture.

On the purpose of the meeting, the VC said it was meant to involve the host community toward taking the institution to greater heights.

Garba observed that a university is a universal place that shapes people and opinions.

The VC said the university had restructured some of its faculties by splitting them to create more departments and pave way for more courses.

Citing example with Faculty of Sciences, Garba said it was split into Faculty of Physical Sciences and Faculty of Life Sciences, adding that Faculties of Medicine and Engineering were also affected.

He appreciated the organisers of the meeting, the ABU Public Affairs Department for what he described as a wonderful initiative.

Garba said initially, they use to call for a pre-convocation press briefing where the university relays its message through the media.

NAN reports that questions and answers were entertained, where the host community raised issues to be addressed by the university management.

President Buhari proceeds to the United Kingdom on private visit