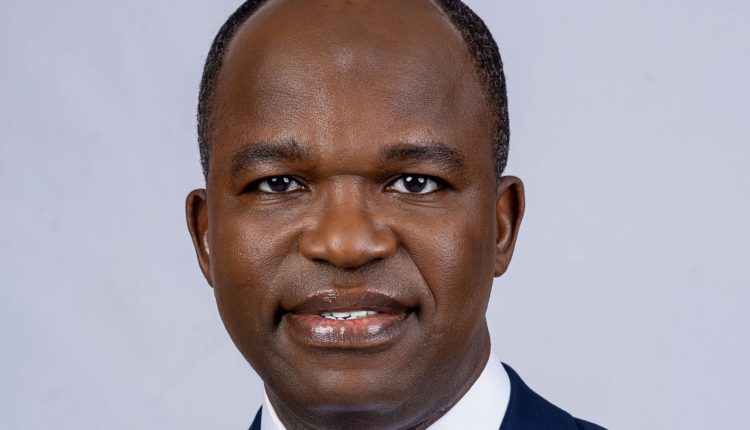 Representative of the Lagos East Senatorial District at the Senate, Senator Mukhail Adetokunbo Abiru, has called for urgent rehabilitation of Ikorodu/Shagamu and Ikorodu-Itoikin-Epe- Ijebu-Ode roads in Lagos State.

In a motion titled, “Motion On The Urgent Need For The Rehabilitation Of The Ikorodu-Shagamu And Ikorodu-Itoikin- Epe Roads” Abiru on Wednesday on the floor of the Senate submitted that critical roads connecting Ikorodu district and other communities under the Lagos East Senatorial District to other parts of the country needs to be rehabilitated, stating that it will bridge the infrastructure gap and enhance economic growth within the State and across the country.

While explaining that the motion is a response to one of the major requests by Lagos East constituents in the needs assessment that was conducted during his electioneering campaign, he said, “Mindful that the Ikorodu–Shagamu road which starts from Ikorodu roundabout terminating in Isale-Oko, Sagamu, Ogun state and the Ikorodu-Itoikin-Epe road starts from Sabo, Ikorodu and terminates in Ijebu-Ode Ogun State are Federal roads;

“Further mindful that the Ikorodu–Shagamu road is an old alignment, and is one of the busiest roads in the south-west zone which was constructed in the 1960s before the construction of Lagos– Ibadan expressway and was a major route carrying traffic from Lagos towards the Northern part of the country; until the commissioning of Lagos – Ibadan expressway in 1978;

“Aware that the Ikorodu-Itoikin-Epe Road also which had previously been constructed by Messrs Taylor Woodrow Nig. Ltd. was completed and commissioned by the then Head of State, Gen. Yakubu Gowon in 1975.”

Senator Abiru who was gravely concerned about the deplorable state of the two critical federal roads further highlighted the socio-economic benefits that will accrue to Lagos State and adjourning state if the roads are fixed in record time.

He decried the non-availability of funds to contractors constructing Ikorodu-Shagamu road noting that the work done is paltry 24.04 per cent due to paucity of funds.

Senator Abiru noted that he was, “Concerned that currently, a subsisting Federal Government contract for the rehabilitation of the Ikorodu – Shagamu road which was awarded 0n 5th June 2018 with a completion period of 36 months with a value of N20, 845,336,248.20 is being executed by Messrs Arab Contractors O.A.O. Nigeria Limited has only attained 24.04 per cent completion due to lack of funding;

“Further concerned that in spite of the importance of the Ikorodu-Itoikin-Epe road successive Administrations have not deemed it fit to rehabilitate or upgrade this road 46 years later even though periodically, the Lagos and Ogun State Governments, have repeatedly carried out rehabilitation works on different sections of the road due to neglect from Federal Agencies [FMW&H and FERMA].

“Assured of the importance of these roads to our nation’s economic growth because they are access points from other parts of the country: Ogun, Edo and the Northern parts of the country and also routes to New Lekki- Ibeju corridor where we have the Dangote refinery, Lagos Deep Seaport, Free Trade Zone etc.”

Senator Abiru urged the Senate to mandate the Senate Committee on Works to liaise with the Federal Ministry of Works and Housing to include further funding for the rehabilitation of the Ikorodu – Shagamu road in 2022 Appropriation bill. To also provide appropriate funding for the reconstruction of the Ikorodu-Itoikin-Epe road in the 2022 Appropriation bill.

The Senate approved the prayers contained in Senator Tokunbo Abiru’s motion and additional prayers by other Senators.

In spite of the huge investment in the water sector by the government and international organisations, water scarcity has grown to become a perennial nightmare for residents of Abeokuta, the Ogun State capital. This report x-rays the lives and experiences of residents in getting clean, potable and affordable water amidst the surge of COVID-19 cases in the state…Abiru calls for urgent Abiru calls for urgent

The Lagos-Ibadan railway was inaugurated recently for a full paid operation by the Nigerian Railway Corporation after about a year of free test-run. Our reporter joined the train to and fro Lagos from Ibadan and tells his experience in this report…Abiru calls for urgent Abiru calls for urgent