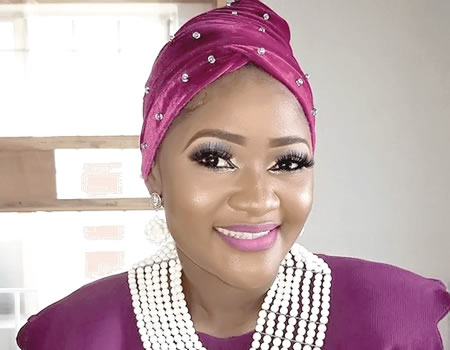 The movie, which was shot in Abeokuta, Ogun State, and some parts of Lagos-Ibadan expressway had on set, Odunlade Adekola, Olalekan Olatunji, Abiola Adebayo (Eyin Oka), Omowunmi-Ajiboye Ogungbe, Abiola Obimodede and quite an number of Nollywood actors and actresses.

Bibiire is a true life story of a lady who lives a fake life, promiscuous and ‘can be in ten places at the same time’ all in the name of being a ‘big girl’ and wearing the latest stuffs in town. It is a must-watch for every lover of good movies as it tells a very unique story that tends to have an effect on a lot of lives out there.

Speaking with Saturday Tribune, the lead character, Odunlade Adekola, said: “Abiola was my student and a product of Odunlade Adekola Film Production; she has been in the industry for the past eight years, a fantastic actress and a wonderful producer. I am playing the role of Biibire’s father in the movie, so you should expect something different from what you have been seeing before in the movie industry.”

Actor, Olalekan Olatunji who was also on set and doubled as the production manager, has this to say about the movie: “Biibire has a fantastic storyline and I must say it is a must watch for everyone. We have fantastic actors on set and when you hear the names of the actors, you should know you are expecting something great. When it is out I want to plead with everyone to get a copy and also tell others about it.”

The movie was directed by award-winning cinematographer, Babatunde Taiwo, who described the movie as a low cast movie but with fantastic actors, a great storyline and the viewers should expect a ‘bomb’ when the movie is released. Bibiire is scheduled to be out by February and marketed by Gemini Pictures.

She starved me of sex for 10yrs, insisted I slept on the floor —Husband