Abiodun: A diamond diadem for the people’s governor 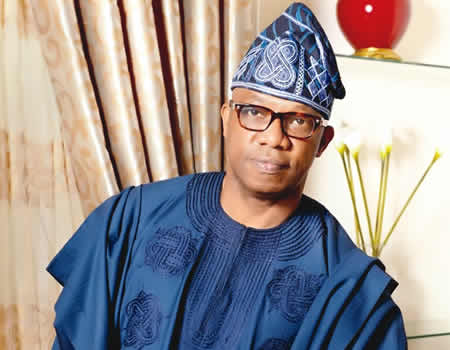 ON May 29, the very day he marks a year in office, Ogun State governor, Prince Dapo Abiodun, clocks 60. Sixty, as we know, is a milestone hallmarked by deep experience; it is not for nothing that the Chinese people say a person who attains age 60 has completed a full circle of life, which calls for a grand celebration. Things are much the same in the Caucasian world where 60 is a huge milestone, often the retirement age. Here in Nigeria, 60 is no less significant: it marks the onset of elderhood, an age in which profound thinking emanating from variegated experiences bursts forth, over and above the ravages of youth and the onset of maturity. For Dapo Abiodun, in particular, the diamond celebration is a study in grace and divine favour. By any standards, his has been nothing less than a life hewn in Rock, the Rock of Ages: his song is gratitude, his timbrel praise unto the Most High who orders the affairs of men. Over the last seasons, it’s been a life anchored in divine providence, inextricably bound up with struggle, tempered by tempests, assailed but unbowed by storms, a powerful metaphor of triumph in the face of endless adversity.

For the governor of Ogun State, life is a struggle and for you to achieve success, you must put everything you have into it. Many days may be rough, but there is light at the end of the tunnel. To say the very least, Abiodun’s life so far has been dotted by challenges. He has had near-death experiences, survived health challenges, witnessed disturbing developments, seen friends suddenly turning to foes for pecuniary interests, faced character assassination, confronted state power in pursuit of the people’s happiness, and cultivated hope at moments of loss. He did not gain office at the first try; he is no stranger to the redrawing of strategies, whether in business or politics. The challenges have come from many angles, but he has never been bowed or cowed; he has taken all in his stride, believing that better days will come and that virtue is crafted in the crucible of trials; that after the storms come showers of blessings.

Clearly, his life has been preserved by God because he is destined to offer the good people of Ogun State quality leadership at a perilous time such as this moment when the entire globe is undergoing social and economic convulsions. And so if the drums are rolled out this day in praise of the Almighty and in celebration of life, it is for good reason. Let masters of music craft the diamond tunes; let the drummer meet the dancer.The point must be made again: but for providence that would not allow Ogun people to lose the kind of quality governance that he has offered in the last one year, Dapo Abiodun would not be governor this day. Of course, he wanted to be governor before now, but God’s plan for him, it is now sufficiently clear, is that he celebrates his 60th birthday on the same occasion of his first anniversary as the fifth elected governor of Ogun State.  He has not come into office as a starry-eyed youth bustling with exuberance but lacking in wisdom: he comes seasoned with experience from the corporate and political worlds, a man of deep introspection, high intellect and passion to make real, verifiable change in the lives of people; a game changer built for the toughest of times, a technocrat with a difference; a master administrator fully cognizant of the place of a stellar cast of committed individuals in driving developmental agenda, the values of team work, the gains of data-driven governance and, of course, the rewards of perseverance.  Excellence is inevitable in Ogun at this moment, and going forward.

Governor Abiodun is approaching governance with passion; as if his life depended on it. It is as if he made a covenant with God to give his all to the uplift of the people, should he be given the opportunity to serve them. Not many governors arrive office at 9a.m, only to leave sometimes as late as 1:00 a.m. the next day. God has sustained him in spite of challenges that arose as a result of the accident he had years ago. He has plodded on as if nothing happened, evidencing the fact that trust in God yields anointing for prosperity and the making of exploits. His approach to the coronavirus pandemic has been novel,  whether you are looking at it from the angle of information management and protocol, the level of preparedness, or the facilities on the ground. It is evident that he values human life. His achievements in just one year are stupendous, but that is a matter for another day.

Dapo Abiodun’s life so far has been great. His election came with crisis but all is now past. His life is a testimony that if you place your trust in God, you will endure and survive. At 60, he is bubbling with life, eager and willing to deliver the democratic gains to the good people of Ogun State. His style of governance is easily recommendable to other governors: open door policy, thoroughness in approach. He has programmes for the less privileged and the elite alike. He believes that their interests must be adequately protected and enhanced. At 60, we wish him more prosperous years in service of the people and his fatherland. The celebrations have been richly deserved, but the best is yet to come.