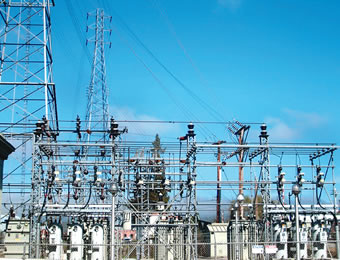 Electricity consumers in Abeokuta, the Ogun State capital, have bemoaned a month-long poor power supply in spite of improvement in power generation nationwide.

The consumers told the News Agency of Nigeria (NAN) that hours of electricity supply by the Ibadan Electricity Distribution Company (IBEDC) had reduced considerably in the last one month.

The Transmission Company of Nigeria (TCN) recently wheeled out over 4,500 megawatts of electricity to 11 distribution companies  (Discos) as gas distribution improved slightly.

President of Lions Club in Ogun State, Mrs Funmilayo Ajogbasile, described the near-blackout situation in the state capital as unfortunate and dehumanising.

“It is unfortunate that we are experiencing this blackout; I had thought the new government will bring us out of the doldrums but it appears we are being plunged deeper into darkness by the Discos.

“It is so bad that you cannot buy food items in bulk and store in the freezer to save cost in this harsh economy; government should overhaul the power sector and get rid of clogs in the wheel of progress as well as assist the Discos to replace old equipment.

“The directive of the Minister of Power, Works and Housing, Mr Babatunde Fashola, is not being complied with on the installation of pre-paid meters for houses by Discos because the company makes more money from the estimated and crazy bills that they give consumers,’’ she told NAN on phone.

Mr Wole Elegbede, a former Chief Press Secretary to Ogun State Governor, also bemoaned the situation, suspecting sabotage by the distribution company in supplying electricity to its consumers in Abeokuta in spite of improvement in power generation.

“There is no value for the money we pay. In fact, we pay for electricity not supplied. It is very unfortunate that the privatisation of the power sector by the  former President Goodluck Jonathan administration has not improved power supply.

“In the past three weeks or more, power supply has really deteriorated such that we can only boast of light for only five hours in a week.

“Government should do something urgently to ensure stable power supply if at least for eight hours daily on rationing basis in line with its change mantra,” he said.

Another consumer, Mr Oluyemi Omotayo, also told NAN that some communities in the suburb enjoy at least, 10 hours of electricity daily, leaving Abeokuta in darkness.

The Chairman, Community Development Council in Adigbe,  Abeokuta, Mr Kehinde Thomas, urged the Federal Government to intervene urgently to save the sector from collapse.

Thomas, however, said that electricity supply in his area had improved considerably in the last two weeks.

Contacted, Ms Angela Olanrewaju, the Head, Corporate Communications Unit, IBEDC, told NAN that the irregular power supply in some Ogun communities was as a result of ongoing maintenance by TCN.

Olanrewaju urged consumers in the area to be patient, adding that maintenance work would soon be completed.

She, however, apologised to consumers in the area over the power outage and assured them of improvement in electricity supply as soon as the job was completed.

3 brothers arrested for selling contaminated beans to the public