Abductors of traditional ruler in Ondo reduce ransom to N3m 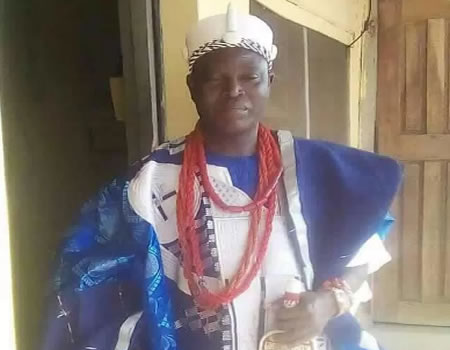 According to a source close to the family, the abductors called a member of the family, urging them to make the money available on Tuesday by 9:00a.m.

The kidnappers had earlier asked the family to make available N15 million for his release, but did not disclose the place where the money should be dropped.

Speaking on the development, the state Police Public Relations Officer (PPRO), Mr Femi Joseph, said the police had been working towards ensuring the release of the traditional ruler, saying that the command was on top of the situation.

The traditional ruler was kidnapped on Saturday along Ose/Oba Akoko axis of Ikare-Owo road, almost at the same spot where the regent of Akungba-Akoko, Princess Toyin Omosowon, was kidnapped about two years ago.

Contrary to earlier reports that the traditional ruler was alone in his car when the kidnappers struck, it was gathered that he was riding in the same vehicle with his second in-command when the abductors stopped them.

LG boss accuses Melaye of stage-managing attack on his life

I was fed with cucumber, garden eggs, biscuits by my abductors, 77-yr-old widow tells…