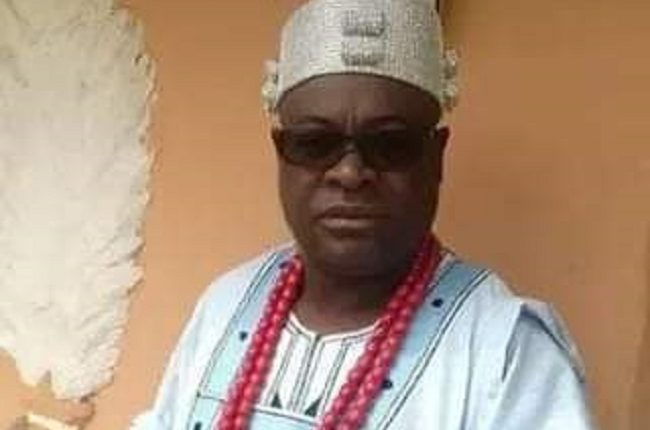 The kidnappers of the Obadu of Ilemeso-Ekiti, Oye local government area of Ekiti State, Oba David Oyewumi, have demanded N20 million ransom from the family for the monarch to regain his freedom.

The abductors, who fired gunshots sporadically were said to have scaled the fence to the palace and moved straight into the monarch’s apartment and whisked him away.

Tribune Online gathered from a reliable palace source that the gunmen contacted the family, on Saturday evening, to demand the ransom.

“They called us around 7.03 pm, on Saturday, and demanded that we pay a sum of N20 million for the king to be released. We are really worried about this demand. The family is taking further steps to ensure that Kabiyesi is released as soon as possible,” the source said.

According to him, “We are taking all security measures to ensure that we rescue the Oba. We are not resting at all. We are working with other sister agencies in this regard and also working on the intelligence-gathering we have at our disposal.

“The police want to work more to prevent this kind of crime and we are relying on information from the members of the public because we work more on the information we found to be veracious.

“We appeal to members of the public to help us with information. Let them report any strange face or suspected person to the police. We assure you that the police will protect the identities of such informants.”

In spite of the huge investment in the water sector by the government and international organisations, water scarcity has grown to become a perennial nightmare for residents of Abeokuta, the Ogun State capital. This report x-rays the lives and experiences of residents in getting clean, potable and affordable water amidst the surge of COVID-19 cases in the state.  Abductors of Ekiti traditional ruler demand N20m ransom

The Lagos-Ibadan railway was inaugurated recently for a full paid operation by the Nigerian Railway Corporation after about a year of free test-run. Our reporter joined the train to and fro Lagos from Ibadan and tells his experience in this report… Abductors of Ekiti traditional ruler demand N20m ransom