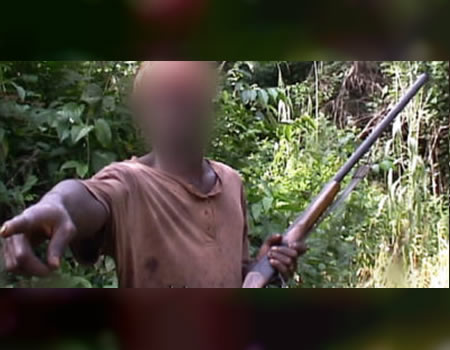 Share
The Tirimi Ode of Ibokun community, Chief Amusa Olaleye Dunsin and Mrs. Tayo George who were abducted between Esa-Odo and Ilare in Obokun local government area of Osun State on Monday have been released.
Credible sources disclosed that the victims were released on Wednesday night after payment of a ransom which was contributed by the people of the local government in Ibokun, Otan-Ile, Ilare, Esa-Odo, Imesi-Ile Esa-Oke communities.
It was further disclosed that the victims were released in a forest in Esa-Oke where those who were kidnapped in Esa-Oke a few months ago were also kept.

Nigerian Tribune authoritatively gathered that a sum of ₦1.5 million ransom was paid to the kidnappers before the victims were released.
The legislator, representing Obokun State Constituency in the Osun State House of Assembly, Hon. Olatunbosun Oyintiloye confirmed their release to journalists in Osogbo.
Chief Amusa Olaleye DunsinEsa-OdoIbokunIlareImesi-Ile Esa-Oke communitiesOtan-IleThe Tirimi Ode of Ibokun community
Share