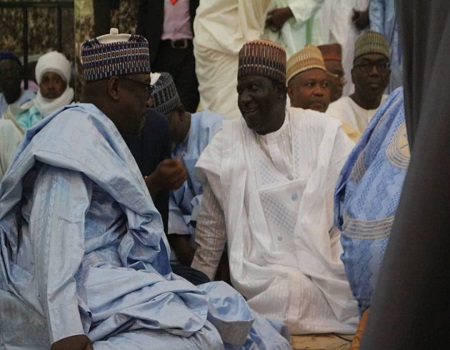 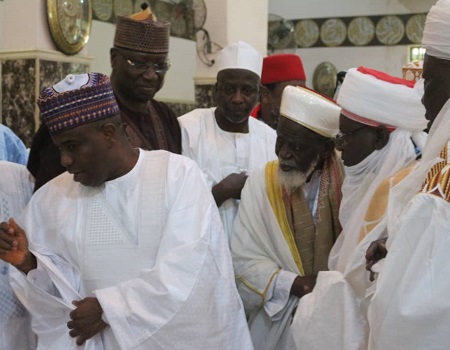 Prominent Nigerians including a Federal Government delegation led by the Chief of Staff to the president, Abba Kyari and Secretary to the Government of the Federation, Boss Mustapha converged on Sokoto on Saturday to witness the wedding ceremony of the daughter of Sultan of Sokoto, Fatima Abubakar and her groom Mahmood Abdullahi Yuguda.

Also in attendance were Emir of Kano, Emir of Gwandu, Emir of Brass, Emir of Keffi, Etsu Nupe as well as Oluwo of Iwo in Osun State. 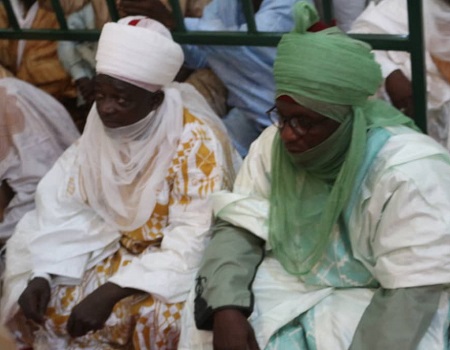 The marriage was solemnised by a group of Islamic clerics, comprising the Chief Iman of Sultan Muhammad Bello Central Mosque Sokoto, Deputy chief Imam of Bauchi and Professor Shehu Galadanci, the Chief Imam of National mosque and led by Sarkin Malaman of Sokoto, Sheikh Buhari Siriddawa after the payment of fifty thousand Naira bride price.

Shortly after the wedding Fatiha, special prayers to commemorate the 63rd birthday of Sultan Muhammadu Sa’ad Abubakar III was offered and led by the Chief Imam of Ghana, Sheikh Usman Sharubutu.