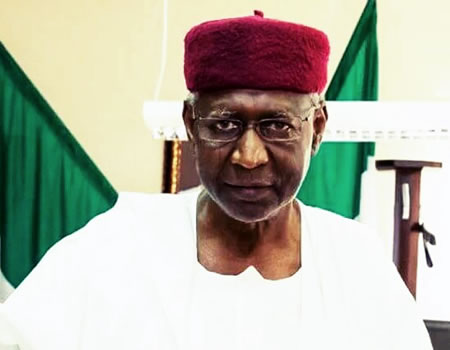 The controversy surrounding the educational qualification of President Muhammadu Buhari for the February 23, 2019, presidential election, took a centre stage at the Presidential Election Petition Tribunal (PEPT) with more revelations emerging on the issue.

Tafa, who made the disclosure while answering a question from lead counsel to INEC, Yunus Usman (SAN), insisted that the Nigerian Army never asked them to surrender their certificates in 1962 for whatever reason.

When asked by Usman to confirm that the army had asked them to submit their certificates in 1962, Tafa, was emphatic in his response, said: “There was nothing of such during our time.”

He, however, confirmed English as the official language of communication during their time in the army.

Under cross-examination by Atiku and PDP’s lead counsel, Dr Livy Uzoukwu (SAN), the first defence witness said that President Buhari, being the Commander in Chief of the Armed Forces of the Federal Republic of Nigeria has all military formations under him.

Another witness and current Chief of Staff to President Buhari, Alhaji Abba Kyari, who claimed to have known Buhari for nearly 40 years, stunned the tribunal when he confessed that he received and signed for Buhari’s Cambridge WASC Certificate 12 days ago.

Under cross-examination by Uzoukwu, Kyari told the tribunal that he personally received and signed for Buhari’s Cambridge University WASC Certificate on July 18, 2019.

The witness further admitted that Buhari, in his Curriculum Vitae, listed the schools he attended but did not list any of the certificates obtained.

He also admitted not being Buhari’s classmate at any time and never a member of the army, adding that he was not in possession of any of Buhari’s certificates.

Further cross-examined by Atiku’s counsel, Kyari admitted that the Diploma Certificate in Strategic Studies he claimed Buhari possessed in his witness statement was not listed in Buhari’s CV.

While he told the tribunal that Atiku was a Cameroonian by birth, he, however, admitted he never knew nor met Atiku’s father and grandfather.

Another witness, Sule Mai’Adua a retired Civil Servant, admitted that he attended the same secondary school with Buhari and that he took photographs with him while they were in class six.

He also told the tribunal that he wrote WASC examination in 1961 with Buhari and that Buhari has two certificates.

When asked to read the army’s statement that Buhari’s certificates were not in his personal file with the military, the witness said he was never in the army and do not know the position of the army, but insisted that Buhari has two certificates.

Atiku and PDP in their petition are challenging the eligibility of President Buhari for the 2019 presidential election on grounds of non possession of requisite academic qualification, election malpractices amongst others.