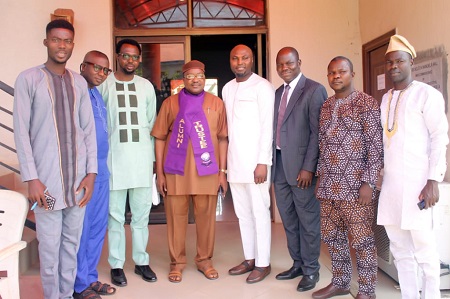 Worried by the increasing rate at which students drop out of school due to inability to pay tuition fees, the Alumni Association of Adekunle Ajasin University, Akungba Akoko, Ondo State, has opened an Education Trust Funds (ETF) to provide scholarship for less-privileged students of the Institution.

Inaugurating the scheme at the 3rd Convention of the association held in the Nelson Mandela Hall of the University recently, the President of the association, Mr. Oyekunle Adetoba said, Going by the information at hand, over 40 per cent of the students have not been registered for various number of semesters due to inability to pay fees; while some are on the verge of dropping out of school, others had already dropped out of the University for the same reason.

“Therefore, at the meeting of the Alumni Council, we took a decision that an Education Trust Funds programme should be floated, after we had received various appeals for payment of school fees by students, including a young man who had a First Class in the University and almost dropping out of the Law School programme, all of which the association had funded.

“I want to announce that during todays 3rd Convention, three undergraduates: Obaloluwa Tadese Faforiji (200-Level, History and International Studies), Dorcas Taiwo Ojo (200-Level, Public Administration) and Roland Oluwasegun Boyede (300-Level, Mass Communication) will benefit from our ETF and we will continue to increase this modest effort of ours annually.”

The President, who revealed that the association has been making frantic efforts to complete an on-going construction of a student hostel, called for supports from well-meaning Nigerians for speedy delivery of the two projects.