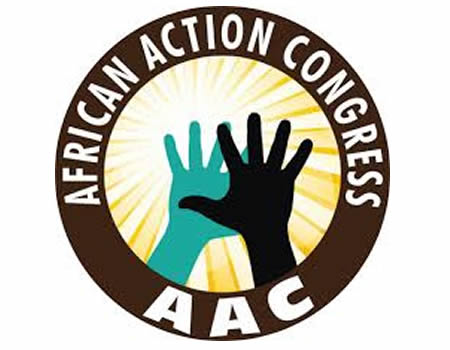 This is contained in a statement issued by the National Chairman of the Party Dr Leonard Nzenwa.

The statement said that “eligible aspirants who wish to contest the Edo State gubernatorial poll on the platform of the party should collect the expression of interest and nomination forms from June 1st to 14th and submit the completed forms on 28th June at the party National Secretariat Abuja”.

Furthermore, the statement explained that “screening of aspirants takes place from 22nd to 23rd June at the National Secretariat, while appeal arising from the screening holds on June 23rd.

“The party’s primary election takes place on June 25, appeal arising from the conduct of the primary holds on 26th to 27th June.

“For the Ondo State governorship election, the collection of expression of interest and nomination forms start from June 30 to July 13 which should be returned to the National Secretariat on July 15.

“Screening of aspirants for Ondo governorship holds from July 17 to 20, while appeal arising from the screening takes place on July 21 at the party National headquarters Abuja.

“The AAC primary election for Ondo State governorship holds on July 25, 2020, while appeal arising from the conduct of the primary holds on July 26 to 27. The party’s campaign kicks off on July 21, 2020.

“As a mass movement, AAC is determined to win  Edo and Ondo States governorship elections and provide transformational leadership that will improve the people’s standards of living.

The party urges eligible voters to identify with AAC and its candidates for sustainable development of Edo and Ondo States.

Grandson arrested over murder of grandmother in Ondo