A woman’s career success is not a ticket to divorce 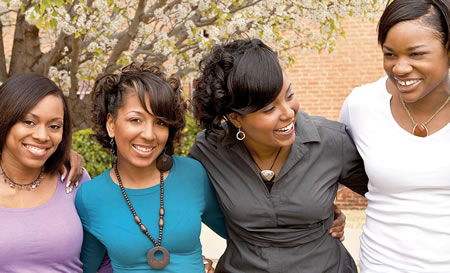 WHEN people say, “Marriage is not regarded as the ultimate reward for women,” in the Nigerian context, it is only a fallacy. The more accurate portrayal of this should be “within some progressive circles where marriage is no longer expected to be a reward for women.” Technically, people expect a woman to possess good behaviour and present herself as a wife-material when she is meek, modest, obedient, soft-spoken, and servile to elders and men. She is seen, yet not heard. By acting all of these, a woman would be rewarded by a man coming to ask for her hand in marriage. And then, a pride to her family as a married woman.

If peradventure a woman is one of those who speak out loud or deviant and works and is career-focused with accelerated promotions per time, the society could conclude it is enough reason for her singleness. Just because moderation is key. Perhaps, those that got away with the ‘bad behaviour’ are women with extreme beauty or have influential fathers. Howbeit, they are also typically avoided. So yes, it would be apt to say that marriage is considered an ultimate reward for women. Good enough that slowly and painfully so, we are moving past such flimsy standards and women are becoming more selective in their choice of a life partner in some certain circles.

But do these women make their own choices at last? In a recent article written by Derek Thompson, he said the rising support of dual earners in the United States reflects that men think their wives working is only necessary to afford this modern life and is not because they look forward to cherishing their wives’ career. Also, from the research done in Sweden by Olle Folke and Johanna Rickne, they found out that certain promotions double the rate of divorce for women but not for their male counterparts.

And guess what? Many individuals are strongly convinced that women should be willing to sacrifice her career and put her family only as a priority. Even when the reasons were because the men felt the women stopped caring for them as much as they formerly did. What baffles any non-biased observer would be why no one tells men expressively to leave their work or career to save their marriage. Why are women left to take such an inordinate amount of responsibility that involves two individuals? What fuels this acrimony when women establish a successful career of their choice that supersedes that of their partner?

Consequently, in conservative circles, women are homemakers taking full responsibility for domestic work and children’s care while the men fend for the family. Even though both jobs are equally challenging and herculean, women are rather expected to be grateful because the men honoured them by getting married to them. But men as well fail to remember that women are doing them a favour by also getting married to them. It is mutual favour that does not leave anyone out. The holy book notes that a man who finds a wife obtains favour from God. The same goes for women.

By and large, we are convinced that as a society we need to break the inequalities that exist in marriages and get ready to accommodate successful women. However, this cannot be achieved by making policies or by mere feminism. It is possible when couples themselves come to dialogue on the division of labour in the home. In this present age, couples have to both share perspectives on domestic duties of the home and work. These roles can no longer be handled solely by women but by a collective resolve of making love and respect take the lead. In the epilogue of her book Moment of Lift, Melinda Gates remarks that it is not about equality but about a connection that is rooted in love. She progresses to say that when there is love, individuals do not give room for the other to go through pain and difficulties. The show of love should be reflective in the humanity of couples. Therefore, marriage does not represent a playing field of the lord and servant but of two different but determined individuals who want to see each other rise. In this case, a woman’s promotion or pursuit of a career does not imply that a woman remains single or gets divorced.

Remember, the family makes society. Let’s build ones that leave our society safe and sane.

Women in governance in Nigeria: Myth or reality?

IWD2020: We must have policies that are gender-specific — Women advocates