A Biography of Pastor Chris Oyakhilome: The Glorious Life of the Man of God 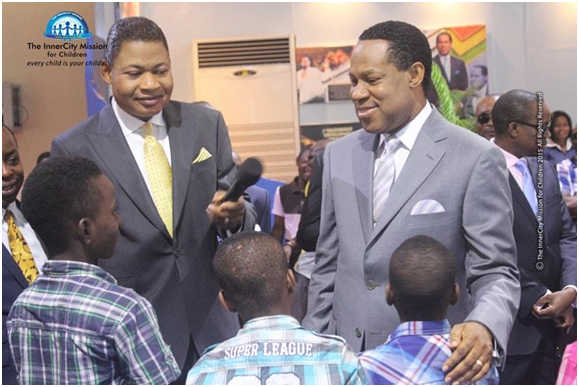 A Biography of Pastor Chris Oyakhilome: The Glorious Life of the Man of God

He has impacted the lives of millions

Those of us who are blessed to have discovered the teachings of the Reverend Dr. Chris Oyakhilome may know something about his life, but for those who have not heard of this extraordinary man, the story of his life is sure to be inspirational. The biography of Pastor Chris Oyakhilome’s life can be summed up with a simple but telling passage from Galatians 5:25: “If we live by the Spirit, let us also walk by the Spirit”.

Where is Pastor Chris from?
When asking where someone comes from, do we mean the physical place or their lineage? Both can impact the character and life of a person. Pastor Chris was born on the 7th of December 1963. He was born and raised in Edo State, Nigeria.

He is the son of Elder T.E Oyakhilome and Angelina. According to his family tree, Pastor Chris’s lineage is steeped in bible teachings. We can see clearly that Pastor Chris was always destined to be a Man of God. His family knows the importance of a good education.

He completed his high school education at Edo College before winning a place to study Architecture at Bendel State University. Today, the university is known as Ambrose Alli University as a tribute to its founder Governor Ambrose Ali. It was at this university that Chris Oyakhilome would start to forge his own spiritual path. In establishing a student fellowship called Youth For Christ, he demonstrated his skill for leadership. This group became one the largest and most popular organizations on the campus and its members included choir leader, Reverend Tom Amenkhienan.
Establishing Christ Embassy and LoveWorld Inc.

The biography of Pastor Chris unrolls like his Ministry. It had modest beginnings as a prayer group. The prayer group gathered momentum and in 1987, Pastor Chris formed a church called Christ Embassy.  There is so much more to Pastor Chris’s Ministry than prayer alone, so when it came time to establish a name for the organization that encompassed all of his Ministry and activities, he selected Believers’ LoveWorld Inc, which reflects the holistic nature of this megachurch. The organization was recently renamed LoveWorld Inc. 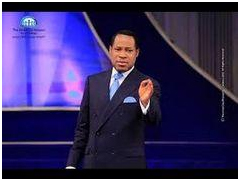 As lead pastor of the Christ Embassy and president of LoveWorld Inc., the Man of God, Chris Oyakhlome, has over a million followers on Twitter and two million on Facebook. This Christian Ministry is based in Lagos, Nigeria and has thousands of branches in five continents across the world. There are over 13 million people who are members of Pastor Chris’s Ministry. LoveWorld Inc. is a ministry comprised of many parts.

The many facets of Pastor Chris’s LoveWorld Ministry

Pastor Chris began his ministering by leading prayers for a few, and now, he leads prayers for millions of believers. He has written a daily devotional Bible called the Rhapsody of Realities which has been translated into hundreds of languages, enhancing the worship of Christians around the world.

Pastor Chris has founded a Healing Ministry dedicated to helping those who have no hope The Healing School is an integral part of Dr. Chris’s Ministry. There are Healing Schools located in Canada and South Africa. Through prayer and partnerships, Dr. Chris is making countless lives better.

In 2003 Pastor Chris’s television network became the first Christian channel to broadcast from Africa to the rest of the world. The success of this television ministry has led to the establishment of several television outlets worldwide including LoveWorldTV in the UK, LoveWorldSAT in South-Africa, LoveWorld PLUS in Nigeria, LoveWorld Canada in Canada, and LoveWorld USA. You can find prayer, debates, and music on these wholesome channels.

Pastor Chris has authored many books and delivered hundreds of thousands of sermons. He recently launched The Pastor Chris Digital Library where you can find many of his great works and inspiring ideas. Harnessing today’s technology, this collection is available via a downloadable app.

In order for his followers to stay connected, Pastor Chris has developed a pioneering social media messaging service called KingsChat. Recently, there have been many more downloadable apps that allow his church members to access LoveWorld Inc’s rich and varied programming instantly.

Songs and Gospel Music are an integral part of worship. Pastor Chris encourages Christ Embassy Churches to have a choir trained by the Loveworld Music and Arts Ministry, known as LMAM. Through the spirit and guidance of Pastor Chris Oyakhilome, many of these singers go on to have successful solo careers. LMAM has had exciting festivals showcasing their remarkable talent and award ceremonies honoring their outstanding stars.

With such a diverse and successful ministry, it’s easy to see how Pastor Chris’s message has reached so many souls, especially the youth. Many of those inspired young people will grow spiritually through the teachings of Pastor Chris and become pastors themselves. Pastor Chris’s International School For Ministry, has seen an increasing number of people signing up for the many training programs on offer. Whether you want a career doing outreach or you are inspired to spread the Word to those you meet, the lessons are available in many formats including online webinars.

A biography isn’t complete without mention of Pastor Chris’s family. His daughter Sharon is an inspirational gospel singer who lives in London and recently married Phillip Frimpong. Her sister Charlene was a stunning bridesmaid at her wedding. The event was one of the most prestigious in the whole of Nigeria. 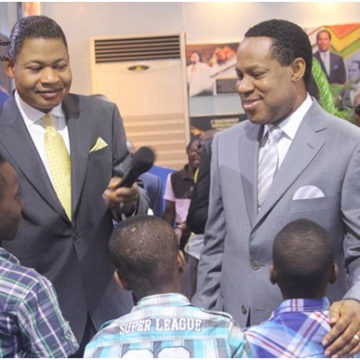 Sharon’s songs are inspired by her father’s words. These songs are really a glorification of her father, Chris Oyakhiome’s biography. He believes that: “every child is your child”.

As well as preaching the Gospel, the Man of God has established NGOs with a mission of delivering vital services and hope to the poor, needy and forgotten souls. The Chris Oyakhilome Foundation International (COFI) has five partners that are all dedicated to raising living standards in some of the most underdeveloped areas.

They minister to the medical needs of some of the poorest people. The Trauma Care Foundation International (TCFI) is committed to improving trauma care and emergency response services through advocacy, health education, and community-based projects. They have consultative status with the United Nations and have attended high-level meetings which are a credit to the work of Pastor Chris.

The Volunteer Medical Corps are on hand to go out into the community and provide medical assistance to those in dire need. They also provide sustainable solutions to empower communities for the future. Pastor Chris knows the needs of his worldwide community are both physical and spiritual.

The mission of the “Bible For All” program is to ensure the written word of God is available in every home. They translate and distribute copies of the Bible to hundreds of thousands of people every year.

His charity also provides sustenance to indigent children. The Inner City Mission provides relief for the hungry. It is also an initiative to support the education of many children who would be ignored otherwise. Pastor Chris is giving them a brighter future, offering them the chance to go to school and succeed.

What about the future?

The Future African Leaders Foundation (FALF) is an organization that can perpetuate the inspiring work of Pastor Chris. It is aimed at building young people and preparing them for a positive future by recognizing and supporting their incredible achievements. Pastor Chris is investing in the youth of today so they can be the leaders of tomorrow.

Under the guidance of the Man of God, Dr. Reverand Chris Oyakhilome, so many lives are being changed for the better. We all look forward to reading the next chapter of Pastor Chris Oyakhilome’s biography.